Akshar Patel and Hardik Pandya are also seen warming up in the pictures.

India have a packed home schedule. After a fruitful limited-overs stint with Australia, India are ready to take on New Zealand and the preparations kick-started right after Diwali. Friday s practice session was a bit special for India, as Sachin Tendulkar s son Arjun was present at the nets. At Wankhede Stadium, as India warmed up for their next assignment, Arjun bowled a few deliveries to India skipper Virat Kohli. It is fascinating as Kohli himself was a fan of the master blaster in his teens.

Board of Control for Cricket in India (BCCI) shared a few pictures of Team India s practice on Friday via their Twitter account:

We are at the Wankhede Stadium and our preparations for the #INDvNZ have begun. pic.twitter.com/DoeBzcCXSc

Akshar Patel and Hardik Pandya are also seen warming up in the pictures.

Arjun started grabbing attention at a very young age. He followed his father s footsteps to pick cricket as his career option and has recently been drafted into Mumbai U-19 team for Vinoo Mankad Trophy 2017-18. Talking about Arjun s inclusion, Rajesh Pawar, Chairman of Mumbai U-19 Selection Committee said, He will be our main all-rounder. I saw a lot of improvement in his game. When we played in Baroda recently, he bowled well and during our two practice matches here in Mumbai, he bowled and batted well. I consider him as a bowling all-rounder of the team. 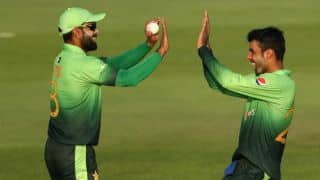 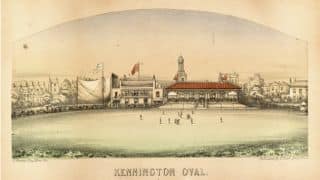