Virat Kohli now also has the support of the Committee of Administrators (CoA) chief Vinod Rai in regard to cramp scheduling.

Having already earned MS Dhoni‘s support over the gruelling schedule, Virat Kohli now also has the backing of Committee of Administrators (CoA) chief Vinod Rai in this regard. India have been tirelessly playing cricket for over a year now, and there seems to be no room for break for the players, as they are scheduled for a tough South Africa tour in January 2018. Rai said that the scheduling of the series is a serious issue and needs to be handled carefully considering the health of the players. FULL CRICKET SCORECARD: India vs Sri Lanka 2017-18, 2nd Test at Nagpur

“I totally empathise with Kohli. That is a fact. What we recognise as (Future Tour Programme (FTP) has been drawn up such that all the state associations get chances to conduct matches, which means they get chance to generate revenue. And unfortunately it is the players from whom these revenue comes and their interests are not taken care of,” said Rai during the Times Lit Festival.

On the procedure of appointment of coach

“There is no system in BCCI on how a coach should be appointed but I think the move to set up the CAC is good. CAC made the decision of choosing the coach last year. They had selected somebody but unfortunately it was not accepted by BCCI. Then they recommended Anil Kumble for two years but then BCCI said ‘no no’, it is for one year.”

On the BCCI reforms

“It is not a bad idea to be setting a set of standards. I believe BCCI is very insular body. Any thing happened in BCCI never came out in the public. Now if you are throwing BCCI open to public it is good.”

On the 15-day gap window between IPL and international fixture

“Test cricket is going to be the mainstay of cricket. There is a certain amount of spectator fatigue in the [ongoing series between] India and Sri Lanka. We just went there and then they came back to play with us. So I think it is too much of India vs Sri Lanka. But we will make sure that will not happen in the future.” 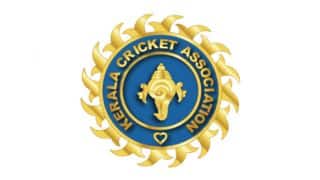