Virat Kohli had filed a cheque bounce complaint against a real estate firm for giving a dishonored of cheque worth Rs 4,88,160.

New Delhi: A senior official of a real estate company, who was summoned as accused in a cheque bounce case filed by Indian cricketer Virat Kohli, has told a Delhi court that the matter has been settled between both the parties through mediation.  Kohli had filed a cheque bounce complaint against M/s Blue Coast Infrastructure Development Pvt Ltd, its two directors, Manoj Joshi and Sanjay Suri, and its Additional Director Gaurav Pandey for alleged dishonour of a cheque of Rs 4,88,160 issued in his favour by the firm. The official, who had filed a revision petition against a March 4 last year order of a magisterial court summoning him as accused in a cheque bounce complaint filed by Kohli, told Additional Sessions Judge (ASJ) Rakesh Pandit that he wanted to withdraw his plea as the matter has been settled. FULL SCORECARD: India vs Australia, 2nd ODI Brisbane

A magisterial court had summoned the firm and the three officials for alleged offence under the Negotiable Instruments (NI) Act saying that there was sufficient material on record to proceed against them. Pandey had then approached a sessions court against the order summoning him as accused on Kohli’s complaint. During the hearing, after Pandey’s counsel Vijay Aggarwal said the matter has been settled between the parties, the judge dismissed as withdrawn the review petition.

“It is submitted by counsel for revisionist (Pandey) that the matter has been settled between the parties in mediation centre. He further states that without any prejudice to the rights of revisionist, he wants to withdraw the present revision petition.  “In view of the submission of counsel for revisionist, the present revision petition is dismissed as withdrawn,” the ASJ noted in his order.  In his revision petition, Pandey had urged the sessions court to stay the proceedings in the complaint case pending before the magisterial court. India vs Australia 2015-16, 2nd ODI: MS Dhoni admits 300-plus score insufficient

In his complaint, filed through his attorney Virat Kohli, the Captain of Indian cricket team for test matches, had said that Blue Coast Infrastructure Development Pvt Ltd was engaged in real estate business and it had entered into a joint development agreement of March 10, 2010 with M/s Silver Resort Hotel India Pvt Ltd.  As per agreement, Blue Coast was authorised to exclusively undertake leasing, licencing, sub-leasing and marketing of the commerical area at the airport site here, the complaint said. Inexperience in Australia’s pace arsenal gives Virat Kohli an opportunity to improve his dismal record

It said that Blue Coast had commenced marketing of the project along with an offering of monthly assured return on the investment/sale consideration and minimum sub-lease rent, which the potential buyer was to get after getting the possession of proposed commercial unit. With an intent of investment and further on the basis of the representation and offer by the company, Kohli decided to invest Rs 5,42,40,000 after which Blue Coast entered and executed a space agreement on October 17, 2011 with him. In his complaint, Kohli has said as per space agreement, he was allotted 1,808 square feet space at the ground floor of the project.

Kohli had paid an advance of Rs 3,42,40,000 at the time of space agreement and the balance of Rs two crore was to be paid within a period of two months. He later paid Rs two crore to the firm through demand draft, it said. The complaint said as per the agreement, the firm started paying the return of Rs 3,08,160 and further Rs 4,88,160 on the receipt of total consideration.

Kohli had said in his plea that the firm had continued to pay the assured return but the cheques received by him were getting dishonoured as and when they were presented to bank. He had said that when cheque dated December 15, 2014 for a sum of Rs 4,88,160 was presented in a bank here, the same was dishonoured due to insufficient funds. The complaint said that Kohli had sent legal notice to the firm but they failed to discharge their liability. 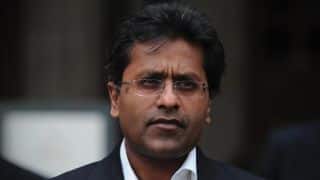