Yuvraj and Kohli are known to be close friends on and off the field, and Shabnam s words come as yet another confirmation of that.

When Yuvraj Singh was dropped from the Indian side back in 2015, his father Yograj Singh went all out at the then India captain MS Dhoni, blaming him of partiality. However, after Yuvraj s absence from India s squad for Australia series, Yuvraj s mother Shabnam Singh said the rules must be the same. A disappointed Shabnam did not forget to mention how Virat Kohli has always been helpful to Yuvraj. READ: Yuvraj Singh a God s gift to Indian cricket, says Sandeep Patil

Yuvraj and Kohli are known to be close friends on and off the field, and Shabnam s words come as yet another confirmation of that.

Virat has always supported Yuvraj, Shabnam told Aaj Tak. And when someone as fit like him is at the helm, he would surely want the environment around him to be the same which is a good thing. The age factor does come up with Yuvi but I m sure he will work harder to achieve the same.

There has been a level of improvement and he will soon match up to the current fitness standards. Of course he was disappointed on not being picked but then the rules are the same for everyone. He doesn t give up easily and I m sure he looks forward to this as a challenge. If you see over the recent years.

Shabnam added, He has nothing left to prove. He has won the World Cup and he even won the IPL last year. But it s his love and hunger for the game which drives him to continue contributing towards his nation. Also, I don t think anyone has the right to ask him when to retire. It s his decision and whenever he feels he has done enough, he will do that.”

Yuvraj as well as Suresh Raina, another experienced cricketer, were both dropped as they reportedly failed certain fitness tests. 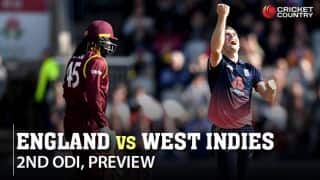 England vs West Indies, 2nd ODI preview and likely XIs: Will visitors move on from 'lost opportunity' and compete in remaining games? 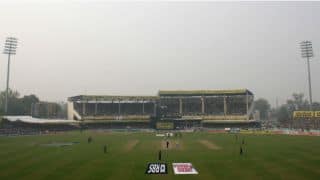