Hailing from Karnal, Saini is a deceptive pacer, who relies more on swing and accuracy rather then pace. 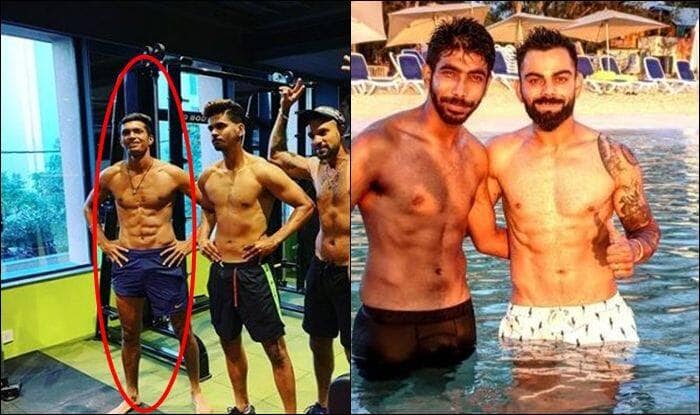 There is no doubt that the current Indian team is full of fitness freaks and leading the pack in this regard is none other than the captain himself, Virat Kohli. Delhi-born Kohli has set the benchmark high, which has not only helped him become a better athlete but a world-class cricketer as well.

Not only is the Indian skipper disciplined, but he also became a vegan to maintain a healthy lifestyle. He is currently the No 1 batsman in ODIs and Tests which is a testament to his fitness.

But, it seems he has competition coming his way!

Yuzvendra Chahal recently took to Instagram and shared a picture of cricketers comprising Shikhar Dhawan, Manish Pandey, Shreyas Iyer and Navdeep Saini all bare-bodied. Apart from the tattoos, what one can spot is Saini’s eight-pack abs, which looks mind-numbing. It looks like a post-workout session picture where Team trainer Mark Webber is also tagged.

27-year-old Saini’s has impressed with the limited opportunities he has received in T20Is recently. He has the pace that is needed to trouble the batsman and survive in the modern era as a bowler.

The Haryana-born has picked 11 wickets from seven games he has played in with a best of three for 17. He would be in contention to make it to the squad for the World T20 in Australia later this year.

Earlier, he made it to the blues on the back of a phenomenal domestic season. Playing for Delhi, his 34 wickets in the season took his side to the finals against Vidarbha.

Last year, Saini was the heated up the bidding war between various franchises before his services were finally won by Royal Challengers Bangalore (RCB) for a whopping Rs 3 cr. 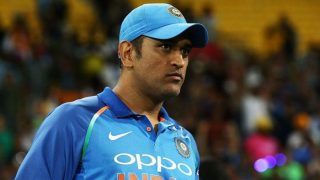