Virat Kohli has said that his team is focussed on playing good cricket against the Kiwis, while the rankings would take care of themselves.

Team India put up an impressive and dominating performance over Australia in the recently concluded ODI series. Meanwhile, they aim to resume from where they had left and continue with the winning momentum against visitors New Zealand in the upcoming three-match ODI series, scheduled to get underway from Sunday at Wankhede Stadium in Mumbai. A series-winning performance would put India back on the top of the ICC ODI Rankings. India had rose to the top spot recently, only to be pushed back by South Africa, who have been thrashing Bangladesh of late. Nevertheless, Indian skipper Virat Kohli has said that his team is focussed on playing good cricket against the Kiwis, while the rankings would take care of themselves. FULL CRICKET SCORECARD: India vs New Zealand 2017-18, 1st ODI at Mumbai

“We don’t think of rankings. Points are tied. We had a rest period, South Africa are playing games in that period, so you can’t really pinpoint some things, you can’t be frustrated sitting at home that your ranking is gone and stuff like that. We just want to play good cricket, we’ve been playing good cricket and that continues to be our main goal. We are really happy with what we are doing as a team at the moment. These things will go up and down because not all teams play together,” said Kohli during the pre-match press conference at Mumbai, as reported by PTI. Williamson: IND are the strongest team in the world while playing at home

“As I said, even for batsmen you play at different stages, someone goes up in points someone doesn’t. It doesn’t really matter. At the end of the day, you have to contribute towards the team’s win. Rankings, ratings all these things are definitely incentives of doing well, but that’s not the ultimate goal,” he added. Rohit Sharma: India will rely on Kuldeep Yadav, Yuzvendra Chahal for middle overs against New Zealand

He also spoke on the new ICC rules which would come into effect from this series. “There are few rules which are very different. The batsman reaching the crease and after that the bat bouncing off being not out. The rule of umpires’ call in DRS [Decision Review System]. So there are few rule changes which are quite interesting. There is one about catching as well. So I think guys will need awareness about the new rules. They are always difficult to keep a check on initially, but I think we all will get used to it,” he said.

“But it’s a good thing, new regulations will makes things much more exciting and bit more professional I guess. You have to keep in mind a lot of things while you are on the field and this just adds to that and helps you focus more on what needs to be done during the course of a game,” he added. 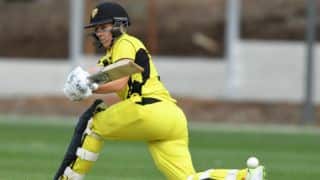 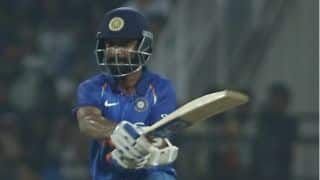