Despite the setback, Kohli said that he told his team-mates to keep their heads up.

Virat Kohli has spoken of the difficulty he had in accepting that India were knocked out of the ICC Cricket World Cup 2019 at the semi-final stage, stating that his team did not make “many mistakes” to be eliminated one match before the final at Lord’s.

Having topped the World Cup group stage with 15 points from nine matches, but failed to chase New Zealand‘s 239 in the first semi-final at Old Trafford on July 9.

Speaking to the Times of India, Kohli said that acceptance of such a loss was difficult.

“You wake up and think you didn’t do much wrong but we are still out,” he said. “When your belief is right up there and everyone’s playing so well and suddenly you know you’ve been outplayed, it’s very difficult to digest because you know you didn’t make many mistakes to be knocked out. When you make mistakes, you can point them out and take ownership of that but when you have been outplayed then the acceptance becomes difficult.”

Despite the setback of the World Cup, Kohli said that he told his team-mates to keep their heads up.

“Most importantly, it builds your character because suddenly this thing happens. What we have spoken to the team is that you should be proud of the way you have played and must never forget that,” he said. “The moment you start taking credit away from what you’ve done, you start putting unnecessary pressure on yourself. The important thing is to be humble about what you do but at the same time, don’t beat yourself up to the extent that you lose your admiration. That balance is very important.”

Speaking from a personal viewpoint, Kohli added that he has gained a cricketer and individual from hard times.

“I have learnt most in my life from failures and setbacks,” he said. “The worst setbacks have not only motivated me but also improved me as a person, made me understand the importance of those times more than the success. It makes you sit down and think about what you need to do now, build a roadmap for yourself. Secondly, these moments show you the people who are going to stand by you in tough times, and the people who will jump ship.” 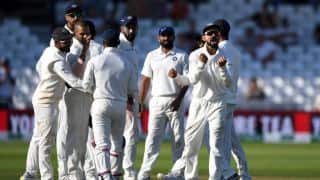 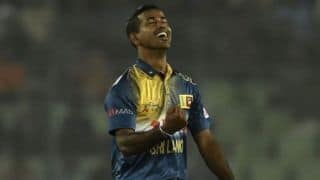