"Whether I play for India or not, I will give my 100 per cent on the field"- Yuvraj Singh

Veteran all-rounder, Yuvraj Singh, last donned the Indian jersey during India‘s tour of West Indies in June-July 2017. Since then, fitness has been a major concern for the southpaw as he missed out on representing the national side. Nonetheless, Yuvraj still remains positive for a comeback, and hopes to carry on for long. In addition, Yuvraj lauded Virat Kohli for stressing on fitness, and taking the side in the right direction with his fitness and strict diet.

In an interaction with Sportstar, Yuvraj stated, “Virat is a bit aggressive. The results have shown that he is doing very well as captain. The team has transformed under Virat. Being so fit himself, he emphasises on fitness. The players now are much fitter than the previous generation because the game too has become more demanding. Virat is taking the team in the right direction with his fitness and diet discipline, keeping in mind the 2019 World Cup.”

Yuvraj’s strike-rate in ongoing domestic season is good, and the left-hander believes he definitely has two or three IPLs left in him.

“I don t want to leave the game with any regret, thinking I should have played for some more years. I want to go when I feel it is the right time to go, when I feel I have done my best and I could not have done any more than this. I am still playing because I am enjoying playing cricket, not just because I have to play for India or I have to play the IPL. The motivation is definitely to play for India. I feel two or three IPLs are left in me,” added the 36-year-old.

An inspiration to many for fighting out tough times, leading India to two World Cup titles in 2007 (T20) and 2011 respectively, and overcoming cancer, Yuvraj still wants to lead by example. He wants to continue giving his all, whether given a chance to represent India or not. “The journey has been nice. I have been a fighter, taking on tough situations. I like being a pillar of strength to people, for those suffering from cancer or going through other issues in life. I want to be known as someone who never gave up. Whether I play for India or not, I will give my 100 per cent on the field,” concluded Yuvraj. 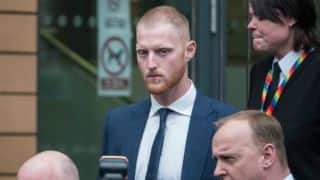