Ponting has tipped a 2-1 series result in favour of the home side for the four-match Test series.

Melbourne: Former Australia captain Ricky Ponting on Thursday boldly stated that Usman Khawaja will outscore Virat Kohli and backed the hosts to prevail over an optimistic Indian team eyeing its first Test series win Down Under.

Speaking to cricket.com.au, the former Test skipper said the Queenslander will not only be the leading run scorer against India, but also the player of the series. “He’s on top of his game, his record in Australia is outstanding,” Ponting said of Khawaja.

“As much of a threat that the Indian fast bowlers might pose, I think he’s got a game that can cope with it here in Australia. I’m going with him to be the leading run scorer and man of the series.”

The four-Test series starts in Adelaide on December 6.

Ponting has tipped a 2-1 series result in favour of the home side for the four-match Test campaign while suggesting Khawaja and Josh Hazlewood will be the two standout performers.

Kohli’s four centuries and 692 runs at 86.50 on India’s last Test tour to Australia four years ago was topped only by Steve Smith, but Ponting believes Khawaja’s superb recent campaign against Pakistan has him primed to take a further leap in Steve Smith and David Warner‘s absence.

“Kohli will play well I’m sure because he does everywhere he goes and had a great series against Australia last time.

“Just where they’re starting in Adelaide and Perth if they leave something in them, Kohli is a bit more vulnerable in those conditions than Melbourne and Sydney.”

ALSO READ: KL Rahul is finding new ways to get himself out: Sanjay Bangar

He believed the home team’s batsmen will fare better against the Indian pacers. “Basically, it comes down to whichever team bats the best,” said Ponting.

“Both fast bowling attacks are good, but I think our batsmen will play better against their quicks than their batters will play against ours. 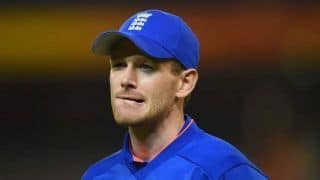 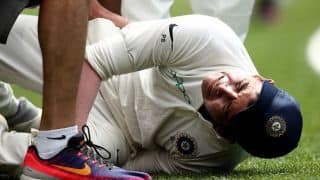