India head into the lunch break on Day One of the second Test against Sri Lanka at Colombo on Thursday in a good position after an early stutter. They are 97 for the loss of two wickets after 26 overs, with both Virat Kohli and KL Rahul playing well nearing their half-centuries. India did not start well and were in a spot of bother at 12 for 2 in just the fifth over of the game. Murali Vijay departed for a duck in the very first over of the game, leg before to Dhammika Prasad. It was Ajinkya Rahane who came out to bat at No. 3 instead of Rohit Sharma but played a poor shot to get out caught at third slip by Dimuth Karunaratne. India got a reprieve when Rahul was dropped on 11 by Jehan Mubarak at gully. Live cricket updates: India vs Sri Lanka 2015, 2nd Test at Colombo, Day 1

Kohli and Rahul then shared a 50-run stand as the ball started to lose the hardness of it. While Kohli remained positive, Rahul was cautious yet finding the gaps at intervals to keep the scoreboard ticking. Kohli also did not shy away from using his feet to the spinners and hit Herath for a huge six down the ground to signal his intents. Both the spinners did not get enough purchase from the surface just yet and will want the sun to bake the pitch down for more assistance later. India on the other hand will hope to bat on and build the platform for a big score. 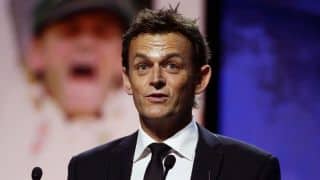 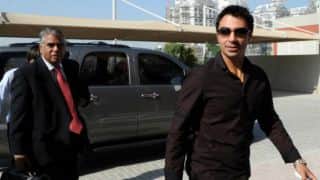 PCB not sure on international future of Salman Butt, Mohammad Asif, Mohammad Aamer