Virat Kohli Knows What he Needs to do: Ramiz Raja on Indian Skipper's Century Drought

Virat Kohli Knows What he Needs to do: Ramiz Raja on Indian Skipper's Century Drought

Ramiz Raja further gave his opinion on the World Test Championship window and want it to get cut short to six months where the teams play only red-ball cricket against each other.

Team India captain Virat Kohli is going through an unusual patch in international cricket as his century drought is extended to over one and a half year. The talismanic batter has been in decent touch and consistently score 50-plus scores in all the formats.

Kohli has been one of the most prolific run-scorers in international cricket and before the century drought, he was known for his excellent conversion rate.

India will next play New Zealand in the final of the World Test Championship which will begin from June 18 in Southampton. A lot of eyes will be once again on captain Kohli to perform for India at a very big stage.

Former Pakistan captain Ramiz Raja, who is now a renowned cricket commentator, said that there is nothing to worry about as Kohli knows what he needs to do.

“What I have seen in his batting off late, he has been playing cross the line towards the leg side, breaking his wrist. If he maintains his position and plays straight and then plays his flicks, then it won’t be a problem anymore. However, he knows what he needs to do. So, there is nothing to worry about it,” Raja said on India News Sports.

“Sometimes you think much and put yourself under pressure of not getting runs or centuries. As long as he plays the first 20-25 over straight and doesn’t break his wrist very much, he can succeed in this [WTC Final] Test match,” he added.

Raja further gave his opinion on the World Test Championship window and want it to get cut short to six months where the teams play only red-ball cricket against each other.

“I think the World Test Championship should have been conducted in a completely different window. A six-month window during which teams could have played against each other. Other formats should not have been conducted in this window, because if you are keen to uplift the Test cricket, this type of window has to be created,” he said.

“The span of two years is quite long and people might forget who played against whom. The tournament has become interesting just because India is in the final. Had it been some other team playing New Zealand, there wouldn’t have been that much interest,” he signed off. 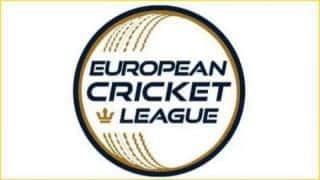 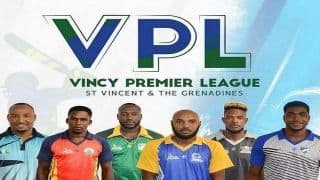