Mirpur: India‘s star batsman Virat Kohli has heaped praise on Shikhar Dhawan after the left-hand opener came back to his prime form with a match-winning innings that guided India to their sixth Asia Cup title on Sunday. “Shikhar is someone who always strikes the ball really well and it is just a matter of one innings for him and you can see what he can do once he gets into form,” Kohli told bcci.tv. Dhawan, who had been out of sorts in Asia Cup 2016 till the final, added 94 with Kohli for the second wicket before captain Mahendra Singh Dhoni comfortably completed the chase of 121 with seven balls to spare against Bangladesh in Mirpur. Full Cricket Scorecard: India vs Bangladesh, Asia Cup T20 2016 final

Kohli also tipped Shikhar as the key player for his side in the upcoming World T20 in India. “We saw that in the World Cup last year where his run of form was unbelievable. He is a big match player. We are banking on him in the T20 World Cup,” Kohli said. “He has played really well in the IPL, he knows all the grounds and the angles, conditions and the pitches and he has played against all the bowlers from all the teams. I am glad to see that he took the team to a situation from where we could not lose. Hats off to him for the way he played.” Dhawan scored 60 off 44 balls in the match. He hit nine fours and a six. Kohli gave him a helping hand with an unbeaten 41 from 28 balls. 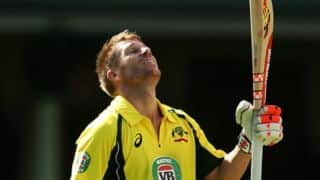