It was noted during the series that he was batting at the no. 4 position.

India skipper for the recently concluded ODI series against Sri Lanka, Virat Kohli on Monday launched a 3D animated character of his including a logo as well as a website. He became the first cricketer to launch a super-hero character of his, reports India Today.

Kohli said during the launch, “3D animation series very exciting, kids will be inspired by incidents from my life. Hope this becomes popular.”

“Difficult to manage everything [brand image commitments] for a sportsman these days – to do well in field and look after other things off it also. I can’t complain right now. This is the age, am 26-27, maybe when I will cut down when 33-34,” he added.

It was noted during the series that he was batting at the no. 4 position. On being asked about this, he clearly replied saying, “Can’t comment whether I will continue to bat at No 4 or not. I and team had some plans in this series which we executed well. Depends on situation. However, I am learning to play on every position.”

He was also asked about getting popularity like the legend, Sachin Tendulkar, he said, “Getting close in popularity ratings to someone I idolise [Sachin] very flattering.” 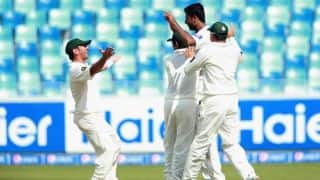 Pakistan vs New Zealand 2014: Pakistan are still in the game, says Shan Masood 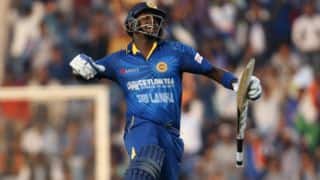