India, who will play 3 Tests, 6 ODIs and 3 T20Is in South Africa, are yet to win a Test series in the African nation.

India have notched up 9 consecutive Test series wins under Virat Kohli. However, they will now face the toughest challenge when they tour South Africa for a full series. The first Test will commence from January 5 at Cape Town, and South Africa is a territory where India have not won a Test series yet. India will play 3 Tests, 6 ODIs and 3 T20Is on the tour. However, Gautam Gambhir remains confident of the India, who hold the No. 1 rank in Tests.

I think India will tour South Africa with a lot of confidence because they have done well in last two and a half years. But it is important to get used to the conditions really quickly and try to be mentally tough. Gambhir, who has 3 fifty-plus scores in South Africa from 4 innings, told ANI.

Delhi last won a Ranji Trophy under Gambhir s captaincy in 2008-09 season. Gambhir has amassed 632 runs at 63.2 this season to guide Delhi to the final after a decade. He slammed a hundred against Bengal in the semi-final to help Delhi to finals. He also spoke about Delhi s achievements this season: Obviously, after spending so many years playing First-Class cricket, you always expect to reach till the finals when you enter a new season. This will provide you with chance to play more matches and if you win the finals, you get more chances to play matches such as Irani Trophy.

Your first goal is to make it to the finals and then aim to win the finals. And there are so many youngsters in the team who are looking forward to it. It is because there are very few players who get chance to play Ranji Trophy finals, Gambhir added.

At 36, chances of Gambhir s national comeback looks bleak, especially with Murali Vijay, Shikhar Dhawan and KL Rahul grabbing all opportunities that have come their way. However, Gambhir isn t bothered about selection and focuses on scoring at bulk: When you are playing cricket, your primary job is to score runs. It is because you don’t get selected on your past performance, but you get monitored on your current performance. And the day people start selecting you based on your past performances, then I think it would be the time to leave. Ultimately, you are as good as the performance you displayed in your last innings. This keeps on motivating me.

I have never thought about selection. I would not think about it in future as well. Selection is not in our hand. You have only one thing in hand to perform and score runs. And if you are scoring runs, you feel really satisfied.”

Delhi will lock horns with Vidarbha, the side that clinched a thriller of a semi-final against eight-time champions Karnataka by 5 runs to reach their maiden Ranji Trophy final. The final will be held at the Holkar Cricket Stadium, Indore from December 29. 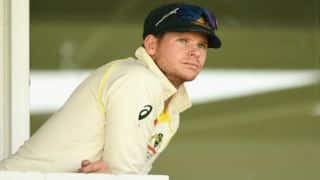