Virat Kohli likely to step into Sachin Tendulkar's No. 4 spot in Tests

Virat Kohli likely to step into Sachin Tendulkar's No. 4 spot in Tests

If Team India’s net sessions are anything to go by, Virat Kohli will bat at No. 4.

Indian cricket fans the world over will possibly experience a sense of emptiness during the course of the first Test against South Africa in Johannesburg starting December 18. Picture this: the visitors are 12 for two on Day One. They could well be. And all eyes will be on the ‘tunnel’ at ‘The Bullring’. You know it won’t be the Little Master walking down that famous slope. But you’d still be watching — hoping against hope.

If Team India’s net sessions are anything to go by, Virat Kohli will bat at No. 4. In Test cricket, this position is the most recognisable of all. And for the Indian cricket team, it was the slot occupied by Sachin Tendulkar for over two decades.

At Willowmoore Park on Saturday, Kohli batted with aplomb during training. The ‘side arm’, an integral part of bowling coach Joe Dawes’s tool box, was put to good use. Predominantly used to give ‘throw-downs’ to a batsman, the ‘slingshot’ can help its handler unleash all kinds of deliveries.

Dawes dished out an array of short-pitched ones, each of which Kohli ducked or pulled. Umesh Yadav, Zaheer Khan and Ishant Sharma tried the same, but there was no stopping Kohli.

He was keen on countering the bouncer, something he failed to during the just-concluded One-Day International series that India lost. A sore ribcage bears testimony to this fact.

Kohli appears to be the rightful occupant of the No. 4 position vacated by Tendulkar. A prolific batsman, especially in the shorter formats of the game, he has earned the right to move up from No. 5. And a lot will be expected of him in South Africa. Following the drubbing in the ODIs, Kohli himself will be desperate to make a statement or two.

Kohli’s game is suited for the No. 4 position, a slot where the batsman is either expected to stem the rot after two quick wickets or go on the attack. Either way, his job will be to do the bulk of the scoring. Sandwiched between Cheteshwar Pujara and Rohit Sharma in the order, he will have the company of two of the most promising India have.

Blessed with sound cricketing brains, exceptional talent, solid technique and shots from and outside the textbook, Kohli is capable of making the position his own.

A cursory look at Kohli’s Test career reveals that the Delhi batsman tends to flourish towards the end of a series. After scoring just 43 runs in the first two Tests during tour of Australia in 2011-12, he made 44 and 75 in Perth before cracking his maiden hundred (116) in Adelaide.

It was no different in the home series against England last year. The right-hander came a cropper in Ahmedabad (19 & 14 not out), Mumbai (19 & seven) and Kolkata (six & 20) before registering a potentially match-saving 103 in Nagpur. But this time, Kohli is pressed for time. The series will be over before he knows it. And India’s fortunes will depend a lot on his performance.

Prior to the team’s departure for South Africa, skipper MS Dhoni had stressed upon the need to allow the newcomers to develop into the team in their own right.

“If possible, we will omit the No. 4 position,” Dhoni had said. “One, two, three, five, six, seven and then we’ll play till 12. But again, it’s not about one individual. Whoever bats at that slot, it is not pressure on that individual saying he is replacing Sachin Tendulkar. There is no replacing anyone. He (Kohli) brings his own character into the side.”

Character, attitude and persona: Kohli has it all and more. His exam starts in four days’ time.

Simon Lepepe, the groundsman at Benoni’s Willowmoore Park, couldn’t believe the two-day match between India and a South African Invitation XI was called off on Friday itself. “Look at the ground. All the wet spots have dried up. I don’t know why there’s no play,” he said on Saturday.

When informed that a Cricket South Africa release on Friday had indeed quoted the groundstaff, as saying, that the venue wouldn’t be ready for play on Day Two either, Lepepe was amused. “I guess the teams took a call. Maybe India did not want to play just for a day. But trust me, we could have had a game today.” 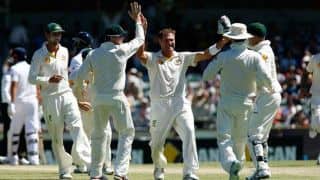 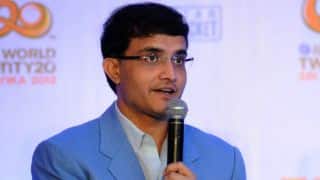