Virat Kohli has been pictured with Danielle Wyatt during India’s tour match against Derbyshire. The England women star’s brother Max posted a photo on his Twitter account. The Indian batting sensation can be seen standing next to Danielle. Max Wyatt posted two photos of Kohli and Danielle together.

The first photo was accompanied with the caption saying: ‘These would make a cute couple haha #kohli’. The second photo had the following text: ‘ Here’s @Danni_Wyatt with @imVkohli‘.

There is prior history to Danielle’s feelings towards Kohli. In April, 2014, she tweeted saying: ‘Kohli marry me!!!’. This was after Kohli led India to the ICC World T20 2014 final. Some replied to her tweet, “He is booked to bollywood actress @AnushkaSharma” to which the England women cricketer replied, “Nah he ain’t”!

Danielle’s teammate Katherine Brunt also replied saying: ‘Too late Don, he asked me last week!’. With the Indian team touring England for a five-match test series, one can expect many more such moments on social media. 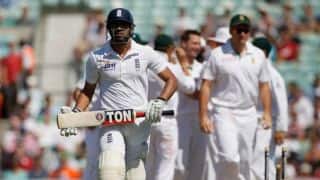 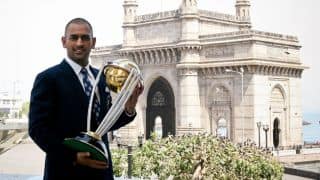