Virat Kohli was on the verge of completing 2,000 runs in the format, but sadly misses out on the T20I decider versus South Africa.

Indian skipper, Virat Kohli was on the verge of completing 2,000 runs in T20Is. He is in need of 17 runs, to join two New Zealanders Martin Guptill and Brendon McCullum become the first Indian to the landmark. Everyone expected him to achieve this feat during the third and final T20I versus South Africa at Newlands, Cape Town. Nonetheless, with a stiff back, Kohli has been rested. Rohit Sharma takes charge of Team India in the tour finale.

At the toss, Rohit revealed, “Virat has a stiff back and he needs some rest. It has been a long season for him and unfortunately he misses out but gives someone else a chance to step up.” Dinesh Karthik has replaced the Indian skipper. Talking about the T20I decider, India have been invited to bat once again by South Africa skipper, JP Duminy.

Speculations are rife that Kohli, along with Jasprit Bumrah, will be rested for the forthcoming Nidahas Trophy 2018 in Sri Lanka. Managing the Indian star’s workload, with IPL 2018 in the pipeline, national selectors are willing to grant him some rest.

In this way, Kohli finishes a highly-successful South Africa tour with three (ODI) hundreds and the lone hundred of the three-match Test series. He also became the first Indian skipper to win an ODI series in South African soil (5-1). 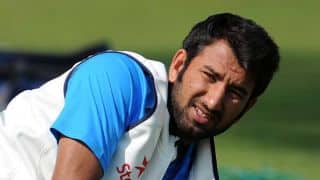