Virat Kohli and MS Dhoni have different personalities when it comes to their batting style, captaincy and on field temperament. Where one likes to be all calm in pressure situations the other believes in aggressive approach. Although Dhoni is not the captain of the Indian team anymore, Kohli still looks up to Dhoni when it comes to calling the shots or on field decisions.

Hardik Pandya shot to fame during IPL. He has played under the captaincy of Dhoni as well as Kohli. Both these captains have backed youngster Hardik Pandya in the Indian squad that has bored fruitful results. Ever since his debut in 2016, Pandya has been an integral part of the Indian squad. Pandya has proven he can bat at any position and even add pressure on the opponents in nail-biting matches with his bowling.

Often Pandya has been compared to stalwart Kapil Dev. Pandya has welcomed the compliment but he believes there is a long way for him to reach Kapil s level. However, in the recent YouTube show Breakfast with Champions , Pandya revealed his role models in cricket to host Gaurav Kapur.

Want to be disciplined like Virat Kohli and MS Dhoni

Would never advise to take cricket over studies

Abhi mujhe koi puchta h ki sir cricket khelu ya padhai karu to main bolta hu padhai kar, (when someone asks me that sir should I play cricket or study then I say do studies). I took a risk with my life and you should not do it because cricket is very dangerous. If you study, your education doesn t go away, it stays with you and you get a job according to that. But in cricket, you have to be at the top level and I know to reach there is not a piece of cake. It s difficult and it s not like everyone would get it. I might be the luckiest one but to reach there you have to be really best. 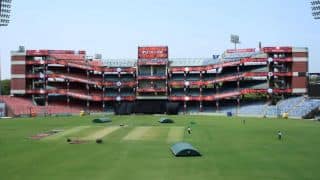 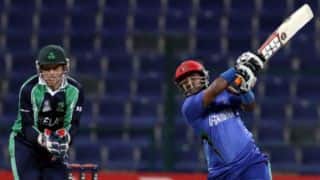