Virat Kohli: My equation with MS Dhoni is lovely

Virat Kohli: My equation with MS Dhoni is lovely

Unperturbed by perceptions, Virat Kohli continues to seek advice from MS Dhoni on and off the field and shares a wonderful rapport with the former captain.

You look up to them. They groom you, back you, fight for you and then one day when your turn comes to be at the helm, you conveniently sideline them. It’s rare that a former captain at the fag end of his career is continued to be carried on. But Virat Kohli does things his own way. While the critics have the knives off the sheath, calling for MS Dhoni’s head, Kohli has strongly backed the captain, he made his debut under.

Unperturbed by perceptions, Kohli continues to seek advice from Dhoni on and off the field and shares a wonderful rapport with the former captain. During an interview with India Today, Kohli described their equation as “lovely” and went on to back Dhoni, crediting him for seeing through the tough phase, backing the youngsters and creating a new team post transition.

“The equation is lovely,” said Kohli. “There is no efforts needed in understanding. There is mutual respect. Both individuals want best for nation. There is trust and belief and we don’t need to prove anything to each other.

“If someone questions him and his interests then it’s unfair. He has literally created the new bunch in Indian cricket and given them confidence after the big stars left. He coped all the blame during the transition phase when he were not doing well. Not once did he show frustration to the team. His composure is remarkable. He took pressure off the youngsters.”

In the ongoing Indian T20 League, Kohli is leading Bangalore whereas Dhoni is back at helm for Chennai, a side he had led in the first eight seasons.

Kohli’s wedding with actor Anushka Sharma went on to be the national interest. Paparazzi followed the couple to Italy where they sought privacy for their wedding. When asked how he copes with the attention and trolls, Kohli mentioned that he does not focus on public interests but is alarmed by the pleasure many get out of negativity.

Kohli added: “We don’t focus on it at all. You can’t work on public opinions. What I would love to see is admiration for people you look up to but still have relativity and vision for your own life. Don’t have dependency on someone else’s life to make you happy. The negativity on social media is alarming and hardly there is any constructive discussion anywhere.” 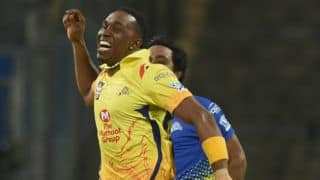