All eyes will be on the performance of Virat Kohli in England.

Former India captain Kapil Dev on Tuesday said that batting star and vice-captain Virat Kohli would be the next superstar in international cricket after Sachin Tendulkar. India are all set for a marathon five-match Test series against England starting on Wednesday, which would certainly be a huge test for the 24-year-old batsman, who has been among the prolific run-scorers for India.

The last decade of world cricket  was dominated by the legends like Sachin Tendulkar, Ricky Ponting, Brian Lara,  Jacques  Kallis and Kevin Pietersen.  But all these greats have retired, while Pietersen was unceremoniously sacked by England after a poor outing in Australia for the Ashes 2013-14. Kapli believes India’s current No 4 in Test matches, Virat Kohli has all the potential to fill the spot of a superstar in international cricket.

Kapil told Al Jazeera, “The team cannot afford to think about him [Sachin Tendulkar] anymore. Sachin has done his job. You can’t expect the man to play 100 years of cricket. Don Bradman couldn’t play forever either. You have to move on in life and if people are always talking about him all the time then the team is not going to settle. Without a doubt, Kohli will go on to become India’s greatest batsman and make more records than anybody else. I see the talent and ability in this young boy and it’s amazing, huge for his age. He definitely has more ability than any other 24-year-old in the world.”

Kapil further added, “He’s maybe even better than Tendulkar was at 24. I don’t think even Viv Richards had scored so many runs by the time he was 24. But while these are both great players, it’s natural that the next generation is better. If as human beings we don’t believe that, they we don’t believe in evolution. So far Kohli has shown that he has the potential to break all the records by the time he’s 32-34 barring injuries and fitness issues.”

Asked about Kohli’s potential to become India captain Kapil said, “It’s not his time yet, it’s important that he waits. He’s young, he will have that opportunity in the future when he’s a little older and wiser. Mahendra Singh Dhoni is a mature captain so let him do his job. If you made Kohli captain now, with Dhoni still playing under him, there would be so much confusion as to who was really in charge, that would not be fair on the team.”

Kohli was the man of the series in recently concluded ICC World T20 2014 in Bangladesh. He was part of India’s ICC 2011 World Cup winning side and has already scored 1,721 runs with an average of 46.51 in Test cricket. He scored his first Test hundred in Adelaide in the 2011-12 series against Australia. 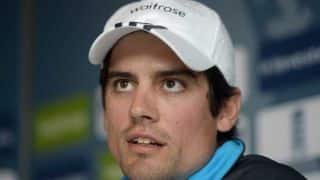 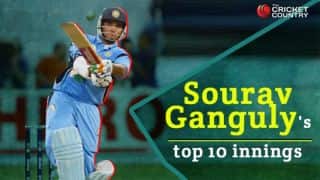