Police confirm Virat Kohli not linked to call centre scam in any way, car sale to kingpin was incidental

India s prolific attacking batsman Virat Kohli has his name come under car sale scams recently which lead to speculations that he too was involved it which was related to the recent call centre scam in Thane. But the police investigating this matter have cleared Kohli s name stating that he had nothing at all related to his case except the car which one belonged to him. The scam s absconding kingpin, Sagar Thakkar a.k.a Shaggy owned an Audi R-8, which belonged to current Indian national cricket team Test Captain Virat Kohli who sold it some time back. FULL CRICKET SCORECARD: India vs New Zealand, 5th ODI at Vishakhapatnam

A source within Thane Police said, According to our investigation, Shaggy s girlfriend is a huge Virat Kohli fan. As a gesture on her birthday, he wanted to surprise her with this gift as it belonged to the cricketer. The exact price of the vehicle is Rs 3 crore, which is the ongoing market price. However, Virat s representatives sold the car for Rs 2.5 crore to him. Both the cricketer and his representatives were in touch with him about the car s sale, but were completely unaware about his background. It is purely co-incidental. READ: Tim Southee confident New Zealand can script history against India

Thane Police Commissioner Param Bir Singh also shed his views about this issue where he issued a statement in which he said, Please don t blow the matter out of proportion, there is no way Virat or his representatives would know that he was running a racquet. It is a purely co-incidental matter.

According to Thane police, it is speculated that Thakkar is said to be staying in a hideout with his Dubai who too is thought to be involved in the scam. 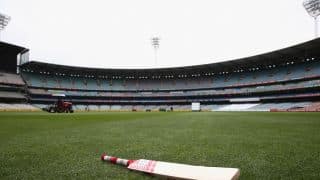