"You probably are not going to read the positive stuff (about Virat) in the Australian media though. They all want to write a negative story." - Clarke

India and Australia have always had the most fiercest of rivalries on the field but off-field they have been warm and jovial. From Sachin Tendulkar to Shane Warne, VVS Laxman to Brett Lee the players have respected each other for their skills. Former Australian skipper, Michael Clarke too has played hard and tough cricket on the field against India. Clarke, now a commentator, feels that India skipper Virat Kohli has more than often being judged for his off-field antics in and around the world, including Australia. He feels that Kohli is misunderstood in his home land but has quite a huge number of fans down under as well.

In a report published in Cricbuzz, Clarke said, “I disagree that Virat doesn’t have too many fans in Australia. I think Virat has a lot of Australian spirit in him. To be honest, he plays the game really tough and is really competitive on the field, but he is a nice guy off the field. So when people get to know Virat, they realise that what they see on the field is just his competitive spirit. I can’t think of any Australian cricketer who wasn’t like that every time we walked out on the field. I certainly think there is respect for Virat in Australia.” He further adds, “You probably are not going to read the positive stuff (about Virat) in the Australian media though. They all want to write a negative story. But I have a great relation with him and I think he is respectful.”

Clarke has also been vocal about the recent CA-ACA dispute. “It is fantastic that the deal has been done and everybody can focus on cricket. Australia will be travelling to Bangladesh very soon and then we come to India and then the Ashes, so it is wonderful that the game can now move forward. The players can focus on what they do the best – playing – and the administrators can do their job too. I think everybody is sick and tired of talking about it and very happy that it’s over,” Clarke explained. 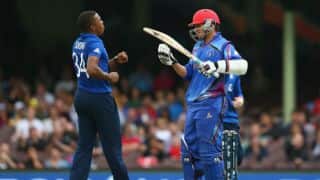