Both Kohli and Dhoni have been brilliant as leaders.

There has always been a strong debate that who is a better captain between MS Dhoni and Virat Kohli. Dhoni is regarded as one of the best Indian captains and led the team to glory in the 2007 T20 World Cup, 2011 World Cup and 2013 Champions trophy. Dhoni also led the team to a numero uno position in the Test rankings.

On the other hand, Virat Kohli is yet to take the team to a big title. However, India’s performance in overseas conditions in the Test format has certainly improved under Kohli. The current Indian captain has paid special importance to the fitness of the team and the pace battery has also taken giant strides under Kohli’s leadership. In fact, India has finished as the number one Test team in the last five years under Kohli’s captaincy.

“MS MS, I think he’s the trailblazer, particularly in the white-ball and T20 game. He’s the best over T20 captain by a good distance. I think what he brought to the Indian team was fantastic,” Vaughan told CricTracker.

On the other hand, Vaughan believes Virat Kohli is a better Test captain than MS Dhoni as he is more aggressive in his approach.

“I would say that Virat is the better Test captain. Virat leads the Test team brilliantly so I would have Virat over MS in test cricket but in white-ball cricket is MS. But if you ask me for one I had to only pick one across all formats, just as a captain, I would pick MS Dhoni,” Vaughan added.

Meanwhile, MS Dhoni was like ice whereas Virat Kohli is akin to fire. Dhoni was calm under pressure whereas Kohli wears his heart on his sleeve. Kohli will have his chance to win his maiden silverware when he will lead India in the World Test Championship final against New Zeland, which will take place at the Ageas Bowl, Southampton from June 18. 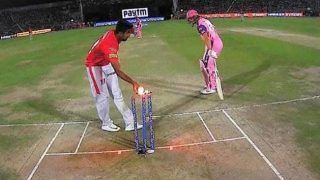