Both Kohli and Rohit have their loyal fanbase. 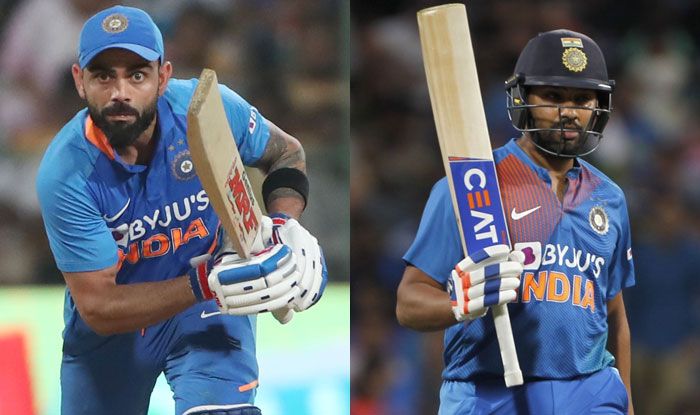 Virat Kohli or Rohit Sharma – who is better? This is currently the biggest debate in the cricketing world identical to the Cristiano Ronaldo versus Lionel Messi comparisons? Both Kohli and Rohit have their loyal fanbase – who will go to any extent to get the edge over the other and that makes statistics very important for fans, especially from India.

Recently, former South African dasher Herschelle Gibbs gave his opinion and took a stand. He speaks about Kohli’s flick-off Archer in the second T20I when a fan asks him the question as to who is better. One of his followers asked him: “Who do you rate higher Rohit or Virat?”

As he was not expecting the South African to respond, the fan also wrote: “I know mostly u will avoid this question.”

There’s @imVkohli with that flick again🔥🔥

It is surprising because Gibbs has recently shared the dressing-room with him at the Mumbai Indians and hence one would have thought he would be tempted to pick Rohit.

Gibbs had no doubt in his mind over his pick as he wrote: “Virat def(initely)”.

While Kohli is the No 1 batsman in the world in ODIs, Rohit is at No 2. Kohli recently edged Rohit to become the first cricketer to score 3000 T20I runs.

Meanwhile, Rohit Sharma – who was rested for the first two T20Is against England – is expected to make a comeback in the XI in the third game. On the other hand, Kohli – who has not got a three-figure score since 2019 – got back among the runs in the second T20I at Ahmedabad where he took India over the line and helped the hosts level the five-match T20I series.

India takes on England in the third T20I on Tuesday at the Narendra Modi stadium. 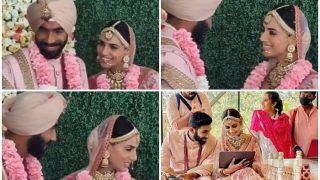 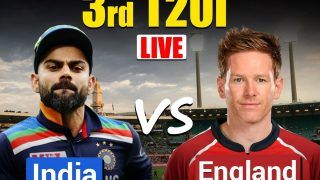