New Delhi: Team India defeated Australia in a final over thriller to win the three-match T20I series. Virat Kohli and Suryakumar Yadav smashed match-winning half century for Men in Blue. Virat in the process managed to write another historic milestone in front of his name. The Milestone Maestro surpassed the current Indian Head Coach Rahul Dravid to become the second highest run-scorer for Team India.

He is now only behind the Master Blaster Sachin Tendulkar in this tally. Sachin is all time leading run-scorer in international cricket, so that milestone is still a little far away from Kohli. Virat was also the leading run-scorer for Men in Blue in the recent Asia Cup, his return to form is a great signal for Team India as they prepare for the T20 World Cup down under.

Virat Kohli’s 63 of 48 balls was a crucial knock in Men in Blue’s victory in the series decider. He was looking confident and showed a glimpse of the run-machine Kohli. 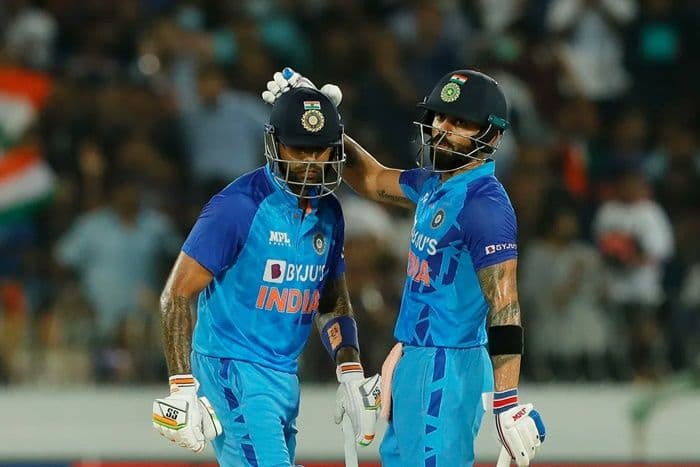