Virat Kohli Persisting With Shardul Thakur And Not Giving Navdeep Saini a Run Will Hurt India in The Long Run, Here's Why

With few T20Is to go before the marquee event, it is wise to invest in Saini and not Thakur. 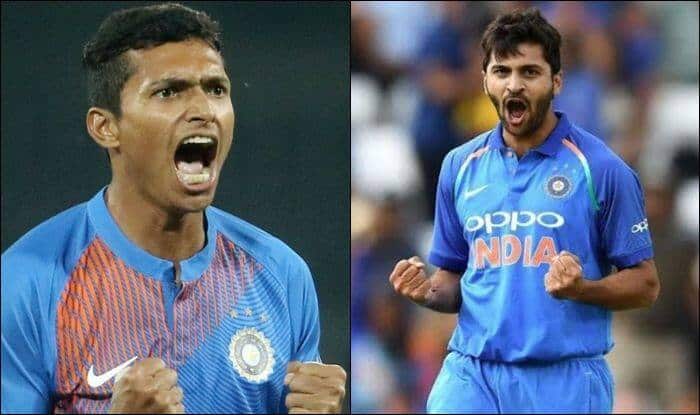 A week back, India pacer Shardul Thakur became a hero when he needed to defend seven off six balls in the fourth T20I at Wellington against New Zealand. The game went into the Super Over as NZ lost four wickets in the over and eventually India won the match. A week later, he is one of the reasons why India could not defend a mammoth 347. NZ beat India by four wickets and with 11 balls to spare to take a 1-0 lead in the three-match ODI series, where Thakur leaked 80 runs in nine overs and picked up a solitary wicket.

So, how will it hurt India in the long run?

In his short career, the 28-year-old has played nine ODIs and 15 T20Is and conceded runs at an economy of 6.81 and 8.73. Thakur clearly has had his struggles at the international stage – he is not pacy, bowls military-medium and doesn’t possess a consistent yorker nor a knuckleball. In modern cricket, a bowler needs these bowling variations in his arsenal to thrive.

Now, considering that he wins India a game here and there as was the case last week, and based on that he is picked for the upcoming World T20 in Australia, it could be a big risk. Consider this – he has the responsibility to bowl in a knockout match and India needs to defend 15-20 runs and he is up against a quality batsman; without the aforementioned change-ups, he could get hammered and that could mean curtains for India. Also, will skipper Virat Kohli have enough faith in a bowler who is prone to losing his line and length in crunch situations to give him that responsibility in the first place?

So, is it the right move to invest in him considering you have a Navdeep Saini?

Saini, 27, on the other hand, has the pace and the change-ups, he is a thinking bowler. What more he bagged the Man of the Series Award in the last ODI series he played.

The only thing he does not have is the experience. However, Not long back, in a T20I against West Indies, when Thakur was being taken to the cleaners by Shimron Hetmyer as he was feeding him on middle and leg and the West Indian was using the pace, Saini was brought in. Saini bowled the ball wide outside off and forced Hetmyer to fetch it from there and hit it to the leg side – Hetmyer did not budge and went for the challenge only to be caught at mid-wicket. In the same over, he got Roston Chase with a totally different ball – he bowled a cocker yorker and Chase was cleaned up.

Considering Saini has more pace and the right changeups and a proven thinking bowler, chances of him leaking runs are less as opposed to Thakur who does not have what it takes to survive at this stage.

With few T20Is to go before the marquee event, it is wise to invest in Saini and not Thakur. 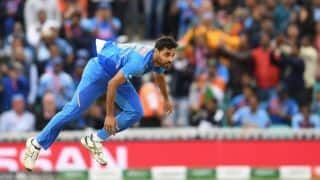 Wishes pour in for Bhuvneshwar Kumar as he turns 30