The ball bounced unevenly and hit Matthew Wade on his groin. Thinking the wicketkeeper had lost sight of the ball, Virat Kohli stole a bye. In the next over both players were at each other s throat, a sight we often see when Kohli plays against Australia.

Wade chirped a few words, first ruffling the feathers. I might have a cry like you. I might go to the dressing rooms and have a good cry like you. Everyone has to feel sorry for you, Wade started.

Kohli, known for playing fire with fire, gave it back. However, it never led to an altercation.

To simplify the situation, Kohli did not know whether Wade was hurt. He rightfully took that bye. Former Australia pacer Stuart Clark, in a report published by Indian Express, voiced his support. He misfielded one. Whether the Indian batsman knew he was injured or not was probably a secondary question. It s one run. Is this the biggest issue this team has got? If I m Matthew Wade and I m Marcus Stoinis and full credit to him for standing up for Matthew Wade I d be worried about my own cricket, rather than all this other stuff. This is piddly crap.

Clark also funnily adds that Kohli thrives when someone has a fight with him: I wouldn t be saying too much to Virat Kohli. He seems to want to fight with everyone and he seems to play ten times better when he does fight with people. 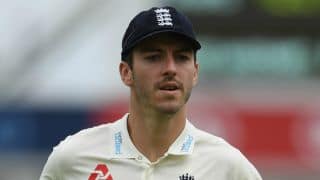 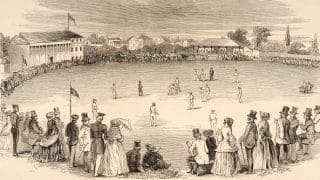