Often dubbed as the greatest player of the modern era, Kohli is a youth icon and thus is followed by millions of cricket fans. The RCB player also has 49M followers on Facebook and 48M followers on Twitter.

Kohli has been going through a lean patch for a while now. The ace batter has not scored a century in the last two years and his performance is on a steady downtrend. In the recently concluded IPL 2022, a lot was expected of Virat Kohli, who had stepped down as the skipper after the IPL 2021. However, he failed to make an impact and could only muster 341 runs from 16 matches. RCB was knocked out of the tournament after losing to RR in Qualifier 2.

India is set to take on South Africa in a five-match T20I series that gets underway on June 9 in Delhi. Virat Kohli, along with senior players like Rohit Sharma, Mohammed Shami and Jasprit Bumrah has been rested from the series, keeping the England tour in mind.

Kohli seemed like getting some form back in the latter end of the IPL 2022 and many fans are expecting Kohli to find his form back on the England tour, where India will play one rescheduled Test, three ODIs and as many T20Is. 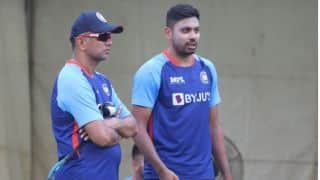