August 18, 2008, is a special date for Indian cricket. It was the day when Virat Kohli first walked out to play for Team India.

August 18, 2008, is a special date for Indian cricket. It was the day when Virat Kohli first walked out to play for Team India. Of course, he had led India Under-19 to a World Cup win earlier that year but this was the moment he longed for. It was the first ODI of the Sri Lanka tour, Kohli opened the batting for India alongside Gautam Gambhir in the absence of Sachin Tendulkar and was dismissed LBW for 12.

The journey has been remarkable since as he went on to establish himself as one of the best batters in the world. However, the first moments always stay with you and remain special. Kohli, in an interview with The Times of India recalled his first day in the Indian dressing room.

Kohli was with his mother and they were watching news on the day of the selection meeting for Sri Lanka’s ODI series.

“I clearly remember sitting with my mom and watching the news on the day of the selection meeting. My name just flashed on the TV but I thought they might just be spreading a rumour or something like that. Then five minutes later, I got a call from the Board (BCCI) that I had been selected. I got goosebumps. I was shaking. It was a very special day,” Kohli recalled.

A nervous Kohli entered the Indian dressing room on his first day and was asked to give a speech.

“I clearly remember walking into the team meeting. I was asked to give a speech in the team room. It was nerve wracking for me with so many great Indian players there. They were looking at me. Which we now do to younger guys to intimidate them, make them nervous (smiles). These are my first memories,” the Indian captain added.

Kohli is currently leading the Royal Challengers Bangalore (RCB) in the VIVO IPL 2018. His team is languishing at the sixth spot, having won 3 and lost 6. 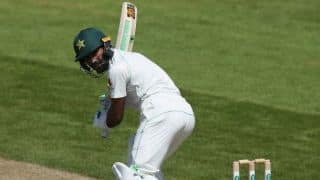 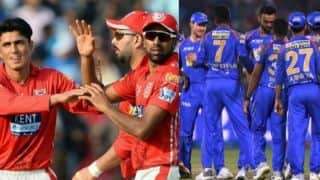