Virat Kohli on Saturday hammered a resolute 15th Test century of his career, during the fourth day s play in the fourth Test between India and England.

Virat Kohli on Saturday hammered a resolute 15th Test century of his career, during the fourth day s play in the fourth Test between India and England. Kohli s century held the Indian innings together as they suffered a middle-order collapse to slip from 262 for 2 to 307 for 6 in the second session at the Wankhede Stadium in Mumbai. Kohli, who came out to bat very early in the day, came up with yet another special innings which provided India the support which they sought from their batsmen while replying to England s first innings total of 400 runs. This is Virat Kohli s second century of this series, as he had scored a brilliant 167 in the second Test at Visakhapatnam.

Kohli added 116 runs on the third day with Murali Vijay to strengthen India, but a flurry of wickets hampered their position and diminished the chances of taking a big lead. India lost Vijay for 136, and soon Karun Nair was dismissed for 13. Parthiv Patel was dismissed for 15 while R Ashwin was unlucky as he fell for a three-ball duck. However, amid all this, Kohli stood tall and delivered a belligerent century which only left England with no other choice but to admire him.

Kohli took a special liking to Adil Rashid s bowling, as England s best spinner on this tour gifted the Indian captain with a lot of boundary balls, which only helped India s cause. After 120.2 overs, India were 370 for 7, trailing by another 30 runs in the first innings. If not a big lead, India will be able to post a slender advantage against England in this Test. 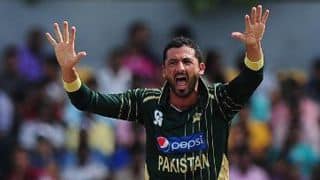 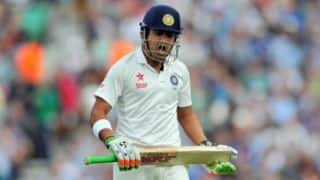