Virat Kohli Reminisces His Favourite 'Childhood Memory' in Instagram Story, Shows His Love For Test Cricket And Coffee Ahead of India vs Bangladesh Day-Night Match at Eden Gardens

Addressing the media ahead of India's first-ever Day-Night Test, the 31-year-old labelled it as a landmark occasion for Indian cricket.

Looking all relaxed ahead of landmark moment in the history of Indian cricket, skipper Virat Kohli opted for some “me time” to unwind before the much-awaited Day-Night Test between India and Bangladesh, which is slated to begin on November 22 (Friday). With so much of build-up and talk around the first-ever Pink-Ball Test (for Team India), Kohli’s mantra to keep himself motivated and in a cheerful mood is distinctively unique and refreshing.

A day prior to the 2nd Test, the 31-year-old treated himself with a morning cup of coffee and the right dose of ‘Test cricket’ to get into the groove. In his latest Instagram story, the Indian captain clicked a selfie in which he can be seen holding a cup of coffee and watching a Test match on TV. Kohli, who has often been lauded for his unmatched passion and hunger for the game can be seen watching the first Test between New Zealand and England at the Bay Oval, Mount Maunganui.

He captioned the story: “Waking up to see Test cricket on TV takes you back to your childhood”.

Ahead of the second Test, Kohli addressed the media in Kolkata and labelled it as a landmark occasion for Indian cricket. “The pink-ball Test is a challenge for us. It is very exciting for us as the energy will be very high. It is a landmark occasion,” Virat Kohli said on Thursday. “I can’t speak for another team or board. But our conversations with the BCCI over the last few years has been to improve our Test game,” the Delhi-born batsman added.

As far as the series is concerned, India are leading the two-match rubber 1-0. The hosts blanked Bangladesh by an innings and 130 runs at the Holkar Stadium in Indore to take the lead. 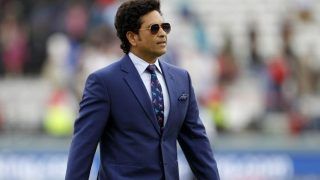 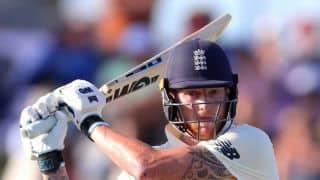 Stokes, Denly lift England to 241 for four against New Zealand