The tyre manufacturing company has earlier been associated with players like Sachin Tendulkar, Brian Lara and Steve Waugh.

India captain Virat Kohli is not just popular on-field, but also off it. After bagging INR 110 crore Puma deal, the Indian skipper is set to renew bat sponsorship for 8 years with MRF for a whopping INR 100 crores. However, Cornerstone Sport and Entertainment CEO Bunty Sajdeh has not revealed the amount but confirmed that the player has signed a contract to extend the deal. The tyre manufacturing company has earlier been associated with players like Sachin Tendulkar, Brian Lara and Steve Waugh. Presently, the contract lies with Kohli and South Africa s AB de Villiers. Kohli has been very specific with the brands that he endorses. Virat Kohli strikes gold with Puma amidst IPL 2017 auction

Last week, Kohli denied extending his contract with PepsiCo saying that he will endorse products that he consumes or relates to. Speaking to Economic Times on Kohli renewing the contract with MRF, Sajdeh said, We have renewed the bat sponsorship deal with MRF for eight years. MRF was keen on having Kohli for a long term. Today, brands are seeing value in securing long-term deals. We also want to show loyalty and commitment to them. He added, and Kohli has got a great rapport with MRF and the money is phenomenal.

While speaking about not renewing the contract with PepsiCo, Kohli told CNN-IBN, When I started my fitness turnaround, it was more of a lifestyle thing initially. If something goes away from that, I would not want to be a part of that or be promoting that.

Kohli and co. are now preparing for their ICC Champions Trophy 2017 semi-final where they will clash against Bangladesh on June 15, Thursday at Edgbaston. 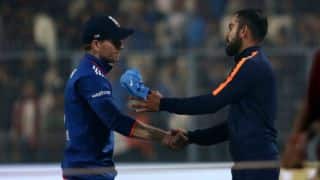 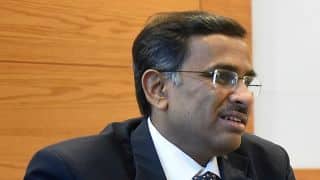