Oil Minister has named nine eminent personalities to carry forward the campaign to clean the country.

Pradhan, who away from media glare, took the broom to clean area around capital’s Yusuf Sarai area, said he has named nine eminent personalities to carry forward the campaign to clean the country.

“All the nine personalities have accepted to be associated with the Swacchh Bharat drive,” he said. Besides Kohli and Sharma, Pradhan named billiard player Pankaj Advani, tennis star Mahesh Bhupati and badminton champion Saina Nehwal.

Odiya cine stars Aparajita Mohanty and Sidhant Mohapatra, who is now an MP, as well as social reformer from Bihar Kunal Kishore have also been nominated, he said. Anand Kumar, founder of Super 30 free IIT coaching centre for poor meritorious students, has also been named.

“Prime Minister launched the Swacchh Bharat Abhiyan (drive) on October 2 and since then many eminent personalities have joined the campaign,” he said.

Modi while picking up the broom named nine eminent personalities with the expectation that each one of them will rope in further nine people to carry the drive forward. “I have done my bit (by cleaning streets) but I don’t want any publicity for that. I consciously did not invite any media for that. It is not a photo-op for me but a campaign which I hope will be carried forward by the nine personalities I have named,” Pradhan said.

Each one of the nine distinguished persons have made highest achievements in their respective fields and have brought glory and cheers for the people of India. They have all volunteered to be associated with the Swacchh Bharat movement, he said. 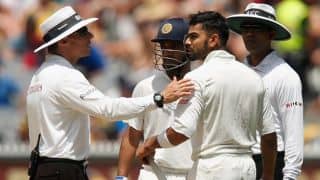