Virat Kohli scored the 18th Test century of his career and the first at Eden Gardens as India played Sri Lanka on Day Five of the opening Test of three-match series.

Virat Kohli scored the 18th Test century of his career and the first at Eden Gardens. He declared immediately as India set Sri Lanka 231 in 282 balls in the first Test of the 3-match series. This is also Kohli s 11th century in Tests and 21st across formats as captain. This is also his 50th century across formats: he has scored 32 in ODIs (but none in T20Is). Kohli, who was dismissed for a duck in the first innings by Suranga Lakmal, stood like a rock as India’s middle-order kept tumbling around him. He also scored the first hundred in the Test.

Kohli s last Test century also came against Sri Lanka, in July this year. India later went on to sweep the tour 9-0, pulling off a whitewash against Sri Lanka across formats. Kohli has scored 3 centuries in his last 7 innings. Here are some of the records he secured in the process:

– Kohli has scored 9 centuries in 2017, thus equating the record of most centuries by a captain in a calendar year.

– Kohli took 348 innings to score his 50th international century, as many innings as Hashim Amla, and is the fastest to achieve the feat. He is only the second Indian after Sachin Tendulkar to score 50 centuries, and is ninth in the history of the game.

India’s batting collapsed in the first innings. They managed only 172, and Cheteshwar Pujara was the only batsman to score a fifty. Sri Lanka replied with a 294 with half-centuries coming from Lahiru Thirimanne (51), Angelo Mathews (52) and Rangana Herath (67). 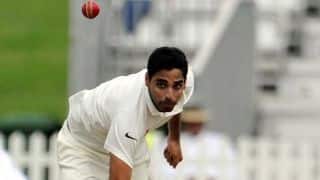