In the picture, Kohli is wagging his tongue and his eyes are squint whereas Shami has his tongue out. 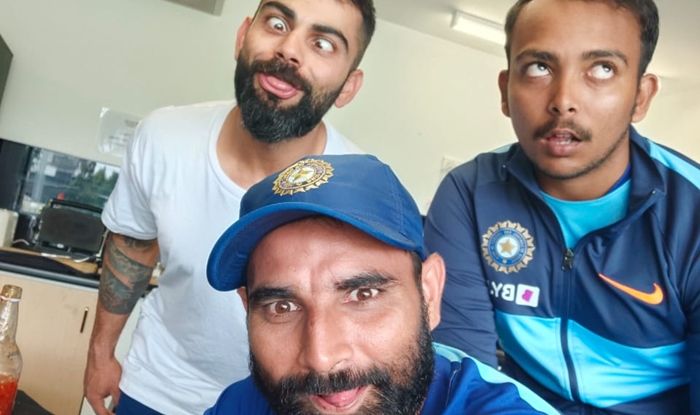 India skipper Virat Kohli took to Twitter on Sunday morning and shared a goofy image with Test hopeful Prithvi Shaw and pacer Mohammed Shami ahead of the two-match Test series against New Zealand.

In the picture, Kohli is wagging his tongue and his eyes are squint whereas Shami has his tongue out. In the meanwhile, Shaw looks completely lost. Kohli captioned the post as, “Naya post Sundar dost.”

Fans reacted hilariously to the goofy post. Here are the best reactions.

You all suffer from corona virus. Please get your treatment done.

After seeing this pic babu bhaiya be like pic.twitter.com/Oi6YtqTP2q

Meanwhile, wicketkeeper Rishabh Pant and Mayank Agarwal got among the runs as they scored brilliant half-centuries in the three-day tour game against New Zealand XI in Hamilton ended in a draw.

Resuming on 59/0 on the final day, India lost young Prithvi Shaw early on Day 3 but Agarwal and Pant did the bulk of the scoring to take the score to 252/8 from 48 overs before the players shook hands to wrap up the match.

India looks like a well-oiled machine ahead of the first Test that is slated to begin on February 21. After being reduced to five for three in the first innings, India managed to recover the early jolt as they posted 263 courtesy 101 from Hanuma Vihari and a dogged 92 from Cheteshwar Pujara.

The bowlers were in top form as they bundled out the hosts for 235. Mohammed Shami and Jsprit Bumrah were the pick of the Indian bowlers. 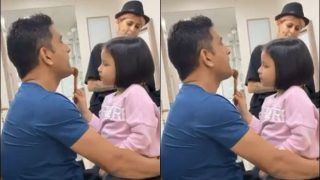