Virat Kohli Shares Heartwarming Note After Winning ICC Cricketer of The Decade Award, Says No Dream is Too Big to Achieve

Virat Kohli Shares Heartwarming Note After Winning ICC Cricketer of The Decade Award, Says No Dream is Too

Kohli said once individual performance becomes aligned with team goals, it brings the best out of the player, which has been the case with him. 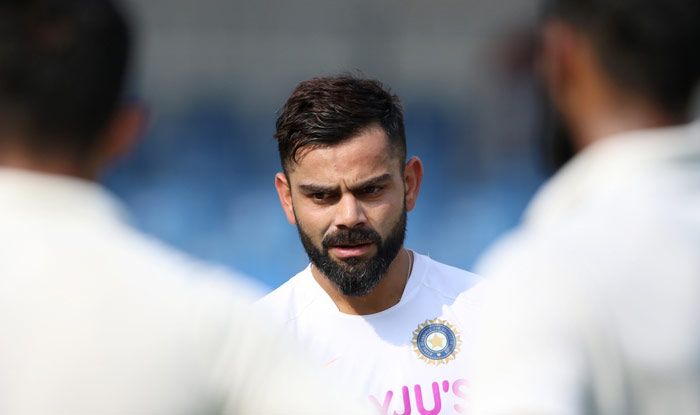 India captain Virat Kohli shared a heartwarming thank you message on Monday evening for all his followers and people who stood by him through his thick to achieve greatness on the 22-year strip. Kohli was named the ICC Male Cricketer of the Decade and won the prestigious ICC Men’s ODI Cricketer of the Decade award pipping the likes of MS Dhoni, Kumar Sangakkara, AB de Villiers.

In his thank you note, the 32-year-old Kohli paid a glowing tribute to his family, coach, friends, and BCCI – for giving him the opportunity to represent his country at the highest level. Along with his message, Kohli replugged an old Tweet which he had posted in 2010, that stated: “Looking forward to scoring lots of runs for my Team”.

“I would like to thank my family, my coach, my friends and all the people who have stood by me through this decade and the BCCI for giving me the opportunity to represent my country which has been a great honour for me to do so over all these years,” Kohli tweeted.

“I would like to thank the ICC for this recognition and all the people who voted for me at the ICC Awards of the decade. Sharing this tweet I put out 10 years ago, which was a hopeful one.”

Kohli made his debut in the coveted blue jerse 12 years ago in an ODI series against Sri Lanka in 2008. He later went on to play Test cricket for the first time in 2011. In his eighth Test, Kohli scored his maiden century 116 against Australia at the Adelaide Cricket Ground.

Kohli said once individual performance becomes aligned with team goals, it brings the best out of the player, which has been the case with him.

“…that helps you be consistent in all formats of the game for a long period of time because you are looking forward to making sure that you make some impact for the team every time you step onto the field.

“Whether it is a contribution of 40, 50, 60 a hundred or a double hundred whatever it is. My endeavour is to always bat for as long as I can and put the team in winning positions,” he said.