Kohli took to Instagram on Tuesday to post a photo with Iyer and Shardul as the team landed in Auckland.

After finishing the home season on a high with a comprehensive series win against Australia, Virat Kohli and his teammates have reached New Zealand for a six-week-long tour, beginning January 24 (Friday). Chase master Kohli along with his deputy Rohit Sharma guided India to a series-clinching win over Australia in the third ODI in Bengaluru on Sunday (January 19).

The 31-year-old took to his official Instagram handle on Tuesday to share the latest picture of himself with his teammates Shreyas Iyer and Shardul Thakur. “Touchdown Auckland. Let’s go,” Kohli captioned the post on his Insta handle.

India have arrived in New Zealand high on confidence, having beaten Australia in the three-match series after losing the first game by 10 wickets.

India are scheduled to play five T20Is, three T20Is and two Test matches (as part of the World Test Championship) against New Zealand.

Kohli bagged the ‘player of the series’ award for his heroics in the three-match ODI series versus Australia. He smashed two half-centuries in Rajkot and Bengaluru to help his team register convincing victories.

Before the NZ series, India suffered a major blow as in-form opener Shikhar Dhawan was ruled out due to a shoulder injury which he picked up while fielding in the final ODI on Sunday. The injury forced him out of the field immediately and he couldn’t take any further part in the match, which India won by seven wickets.

Senior pacer Ishant Sharma in all possibility will also miss the Test leg of the New Zealand tour as he injured his ankle during a Ranji Trophy match between Delhi and Vidarbha.

Ahead of the team’s departure, Kohli had spoken about the need for putting New Zealand under pressure from ball one. 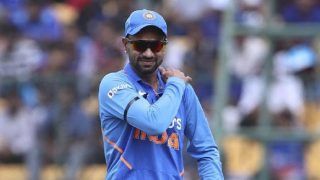 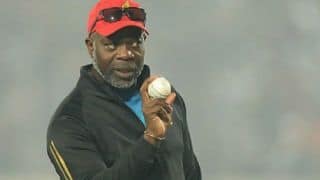