Rahane posted a picture on Instagram sleeping next to the pink ball, and captioned it, "Already dreaming about the historic pink ball test". Ahead of the historic Day/Night Test against Bangladesh, India cricketer Ajinkya Rahane took to social media to express his excitement. Rahane posted a picture on Instagram sleeping next to the pink ball, and captioned it, “Already dreaming about the historic pink ball test”.

This post was soon spotted by Virat Kohli and Shikhar Dhawan, who got a little cheeky as they reacted on it. While Kohli posted “Nice pose jinksy”, Dhawan said “Sapney mein pic khich gayi”.

And here is the screenshot of Kohli and Dhawan’s responses.

Meanwhile, Kolkata is prepping up to host the first-ever pink ball day-night Test match at the Eden Gardens. India will face Bangladesh in the historic match the second of the two-Test series which will get underway on Friday.

The pink-ball Test will also have India’s first-ever Day-Night Test’s official mascots Pinku and Tinku. Meet Aniket Dhar, a South Kolkata based graphic designer, responsible for designing the mascots. “I got a call from my friend with whom I work on an assignment basis. He told me to work on mascots keeping in mind the pink ball Test,” Dhar told IANS on Monday when asked how did the opportunity come to him.

“The brief was to make it unique so that it catches everybody’s eyes and of course, pink being the theme,” he said.

In fact, Dhar, who had not done something of this magnitude before, said it was BCCI President Sourav Ganguly’s energy that egged him on to carve out a design that was approved at first sight. 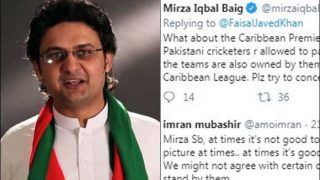 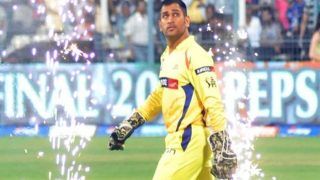