Gambhir feels the decision is a courageous one 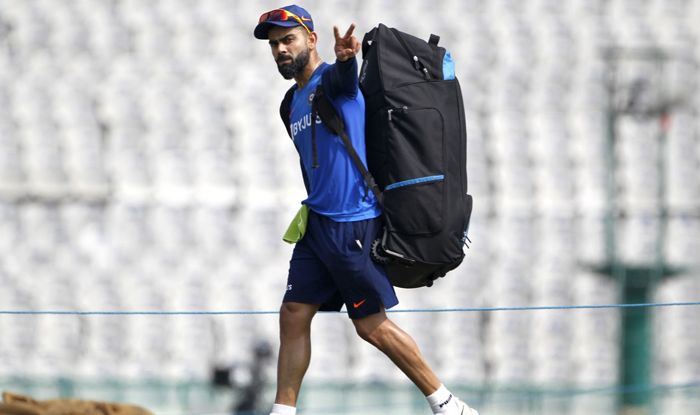 Virat Kohli‘s decision to bat at No. 4 in the first ODI in Mumbai may have drawn mixed reactions from the cricket fraternity but his former India and Delhi teammate Gautam Gambhir thinks the Indian captain should be credited for pushing himself down.

In order to accommodate all three openers Rohit Sharma, Shikhar Dhawan and KL Rahul – Kohli, who usually bats at No. 3 in limited-overs, had stated prior to the match that he is willing to sacrifice his No. 3 position, which is exactly what the skipper did and Gambhir feels the decision is a courageous one.

“I have come across a few cases where batsmen have been reluctant to leave their batting slots. This is largely done to safeguard their own interests rather than looking at the overall well-being of the team,” Gambhir wrote in Friday’s column for Times of India.

“These batsmen guard their position in the batting order so fiercely that at times they have even risked getting dropped. Given this background, I think captain Virat Kohli should be applauded for batting at number four in Mumbai against Australia to accommodate Rohit Sharma, Shikhar Dhawan and KL Rahul.”

The prolific forms of Rohit, Dhawan and Rahul has put the team in a quandary over team combinations but Kohli seems to have cracked the code. The India captain feels no one player who’s in form should be left out, and with all three openers looking in good touch, Kohli has just one option left to push himself down the order making room for Dhawan, Rohit and Rahul at the top.

Kohli has in the past given up the position to youngsters. Against West Indies, Shivam Dube walked out to bat at No. 3 in the second T20I against West Indies in Trivandrum and scored a match-winning half-century. In the very next match, Rishabh Pant was promoted to No. 3 although he lasted just two balls.

“My critics may say that once a batsman gets used to a certain slot in the lineup he visualises his batting accordingly and it is a challenge to go down or up the order. Then, there is a fear of failure and getting dropped,” Gambhir added.

“This part I don’t agree with. It is all about adjustment. If an opening batsman comes at No. 3 he may feel that the ball is not coming on to the bat. Yes, that is the case but then good batsmen work out a plan rather than push the team off the cliff. I played 2011 World Cup at No. 3 as we thought Tendulkar and Sehwag were a better opening combo. It is a team game and you play for the country.”

Gambhir has in the past said how he isn’t impressed with Kohli’s leadership skills but admits this move is a test of a captain’s character.

“Besides, Kohli is also making a subtle statement as a leader. He is trying to build a legacy that puts the team first. I am not a big fan of Kohli’s captaincy but then the guy is at least trying with good intent,” Gambhir said. 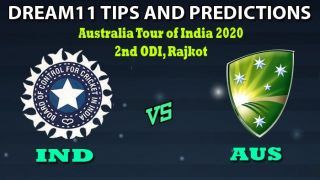