The most adorable couple of Bollywood and Cricket tied the knot on December 11 in Italy.

The most adorable couple of Bollywood and cricket tied the knot on December 11 in Italy. It was a private wedding and the media was strictly restricted. At around 9 pm on Monday, the couple made an official announcement by posting the first images of the wedding on Twitter.

Today we have promised each other to be bound in love for ever. We are truly blessed to share the news with you.This beautiful day will be made more special with the love and support of our family of fans & well wishers. Thank you for being such an important part of our journey. pic.twitter.com/aobTUwMNAK

Other images followed. All of sudden Twitter was on fire, pushing even Rajinikanth s birthday behind on trends. A video of Virat Kohli singing a 1964 Kishore Kumar song at the wedding surfaced on social media today. The song mere mehboob qayamat hogi is one of the classics of the time from the movie Mr X in Bombay.

After the song everyone including Anushka cheers, as someone from the crowd insisted Ab to puri album gaani hogi (now you have to sing the full album) to which Virat humorously responded Pehele GST Number to do (First provide me with the GST number at least!). The crowd was left in splits. 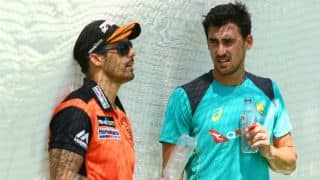 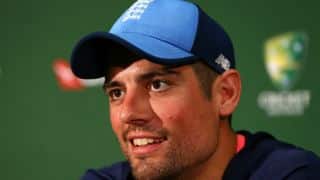