Kanpur: Captain Virat Kohli, Rohit Sharma, Jasprit Bumrah and Hardik Pandya were among the five Indian team members who skipped the optional practice session ahead of the series decider against New Zealand on Sunday. Left-arm spinner Akshar Patel, who played in Pune in place of Kuldeep Yadav, too, did not take part in the afternoon session. It remains to be seen whether Kohli goes with the same playing XI that played on Wednesday or bring in Yadav in front of his home crowd. The chinaman had a lengthy spell in the nets and so did leggie Yuzvendra Chahal. Among the batsmen, Shikhar Dhawan went through a long session as he batted in the nets before practising the pull shots off fast full-tosses on the outfield. FULL CRICKET SCORECARD: India vs New Zealand 2017-18, 3rd ODI at Kanpur

#TeamIndia is here at the Green Park Stadium in Kanpur for a practice session ahead of the 3rd and final ODI against New Zealand #INDvNZ pic.twitter.com/4Ic9SlhBCe

India had their nets at the centre square while New Zealand had them placed on the boundary wickets. Compared to the hosts, the visitors underwent a much longer session in the morning that went beyond three hours. Both teams hit the nets for the first time since arriving on Thursday. After the practice, New Zealand pacer Tim Southee said the mood in the team was upbeat ahead of the pressure game. 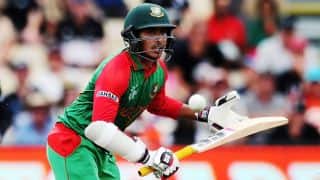 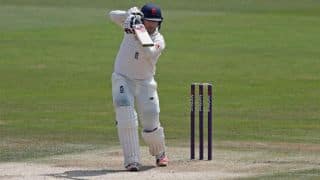