"Looking after it is not that difficult because the beard oils have come in and it's very easy. A little bit of beard oil and it's in place."

India cricket captain Virat Kohli insisted Thursday he will not be shaving off his famous beard any time soon. The 29-year-old batsman, who said he still cleans his own cricket shoes despite being one of the world’s highest paid athletes, has in recent years become a style icon because of the beard. A fan asked Kohli at a promotional event whether he would ever get rid of his carefully trimmed bristles.

“I don’t think so, I really like it,” replied Kohli who will next month play for English county Surrey to prepare for India’s tour later this year. “I think it suits me. So I don’t want to get rid of it. “Looking after it is not that difficult because the beard oils have come in and it’s very easy. A little bit of beard oil and it’s in place.”

“But when it gets too big and thick then obviously I have to trim it. That’s the only thing. But no, I would not get rid of it.” Beards became almost ubiquitous in the Indian team until last year when a small group of players including Hardik Pandya and Rohit Sharma said they would shave to break the stranglehold.

Kohli’s then-girlfriend, and now wife, Bollywood actor Anushka Sharma went onto social media to declare “you cannot” when questions were asked about the Indian captain’s style. Kohli is now one of the most featured celebrities in television advertising but he said the only must in his wardrobe was a pair of white sneakers that he cleans every two weeks. “I clean my cricket shoes as well,” he said. 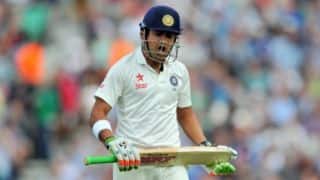 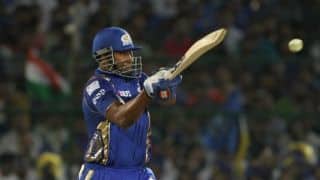