India may have contrasting opinion on Shastri, but just like a tracer bullet he comfortably whizzes past all other coaches in terms of pay package.

Indian cricketers earn most in the world or do they? Well, there is no doubt that they are well-fed, or at least, fed better than before, thanks to IPL paychecks and endorsements. In October 2016, New York-based Duff & Phelps had put Virat Kohli s brand value at USD 92 million. The numbers only soared after he took up captaincy. However, let us talk strictly about international cricket. Yes, it is a myth that Indian cricketers get paid the most despite the fact that India and BCCI contribute most to the global revenue for the game. When it comes to highest-paid cricketer (again, in international cricket), the crown currently falls on Australian skipper Steven Smith.

ESPNCricinfo in an in-depth survey revealed interesting and contrasting numbers. Let us have a look at top earners from respective countries in descending order.

These are amounts earned by the players as their central contract. However, there is a share of revenue from the board as well. Indian players earn an extra share from 13 per cent of BCCI s gross revenue. The survey did not have the exact numbers. In Kohli s case, however, we know that he holds a grade A contract. Considering BCCI s huge pockets, Kohli easily ends up as the highest-paid Indian cricketer as well.

Cricket may be the second-most followed sport in the world but in terms of a source of income for athletes it lags far behind. Kohli s idol Cristiano Ronaldo earns INR 377 crores an annum by only playing the sport professionally. The endorsements are separate. In fact, cricket features far behind football, boxing, Formula One, basketball, tennis, etc.

India may have contrasting opinion on Shastri, but just like a tracer bullet he comfortably whizzes past all other coaches in terms of pay package. The Indian head coach draws a whopping INR 7.61 crores per annum. In contrast, Darren Lehmann of Australia earns 3.58 crores and Trevor Bayliss (England) 3.4 crores, while former South African coach Russell Domingo had an annual contract worth 58.5 lakhs.

In other words, the Indian coach draws a bigger package than the combined packages of Australian, English and (former) South African coach. Meanwhile, Pakistan coach Mickey Arthur has a contract of INR 1.43 crore.

(All numbers in approx. and converted from US dollars) 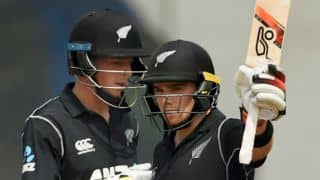 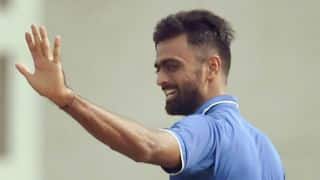 Jaydev Unadkat: Knock against New Zealand will boost my confidence