Shubman Gill said that Virat Kohli advises him to play with the fearless approach and shares his experiences with the young batter.

Promising young opener Shubman Gill revealed the important advice he received from Team India captain Virat Kohli. Gill has emerged as the first choice opener alongside Rohit Sharma in Tests after the Border-Gavaskar Trophy. The 21-year-old impressed many during the Australia tour with his fearless approach against fierce Australia bowling attack.

Shubman Gill has been picked in the 20-member squad of India for the World Test Championship Final against New Zealand and the five-match Test series versus England.

Gill said that the Indian captain tells him to play with the fearless approach and shares his experiences with the young batter.

“Virat bhai tells me to play fearlessly whenever we speak about the game. He speaks about mindset a lot… that you have to be in good frame of mind when you go out to bat and shares his experiences,” Gill said, as quoted by PTI.

The talented batter further talked about what he discusses with senior opening partner Rohit Sharma in the middle of the wicket.

“And when I am batting with Rohit bhai, we usually discuss where the bowlers will bowl, what the situation is like, depending on that, when to take risk or not,” he added.

In IPL 2021, Gill was going through a rough patch with the bat for Kolkata Knight Riders. The opener failed to put any big score on the scoreboard as he managed to score just 132 runs in 7 matches in the purple outfit.

Shubman further talked about his approach for the England tour and said it’s better to play session by session in overseas conditions.

“We did well in Australia. We have been playing well overseas and I feel we can’t be better prepared for this final. As an opener, I feel you should be able to play session by session not just in England, overseas in general,” Gill said. 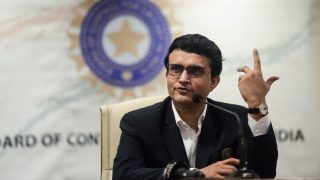 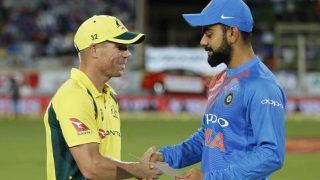