Virat Kohli will be soon heading to West Indies for Test series which is to begin from July 21.

Euro 2016 fever is catching up on every cricketer. It was Chris Gayle swinging with joy on Portugal’s win and now it is Virat Kohli posing with a special jersey received from his favorite football player Toni Kroos that actually is the jersey of the player itself. Kohli is return sent out his best wishes along with his signature on the same jersey sent by Kroos. Germany have qualified for the quarter-final of Euro 2016 and here is the message Kohli sent out on his Twitter account, “Thank You @ToniKroos Sending a present for you as well. All The Best for the quarters  #FirstNeverFollows #Euro16″

Thank You @ToniKroos
Sending a present for you as well. All The Best for the quarters#FirstNeverFollows #Euro16 pic.twitter.com/DPcY3sYpFn

Earlier, ahead of the Euro 2016 Kohli had declared his support for Germany in the ongoing Euro 2016 being held in France. With this, the Indian batsman caught the attention of Kroos and the footballer thanked the right-hander and assured that he will like to gift Kohli something and acknowledge his support. Kroos confirmed the news on social media after seeing Kohli, who is an ardent football fan as well, going all out for Germany by posting a picture wearing their team jersey with the number 18 on his back, which is the number he wears while playing for India.

Excited for #Euro16
I’m all in with Die Mannschaft for the Euros! Which team are you supporting? #FirstNeverFollows pic.twitter.com/iAGbAE1r4N

The 26-year-old central midfielder is fresh from winning Real Madrid’s 11th European title, which they claimed by beating Atletico Madrid via a penalty shoot-out in the UEFA Champions League final in Milan. In hindsight, Kohli recently launched the teaser of Futsal Premier 2016 anthem along with music maestro AR Rahman. 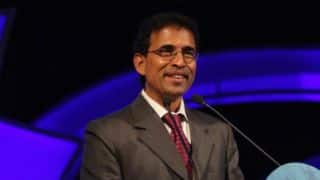 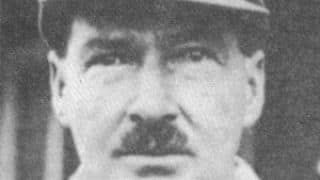