After the conclusion of Indore Test, India will be officially crowned as No. 1 Test team, which they gained after taking the 2-0 lead in three-Test series against New Zealand.

Gaining the top spot in ICC Test Rankings dethroning Pakistan, India will be officially crowned as the new No. 1 after the conclusion of the Indore Test. Captain Virat Kohli will be presented with the Test mace by former India captain and ICC Cricket Hall of Fame, Sunil Gavaskar, who will make the presentation immediately after the awards ceremony for the series. At the end of the series, the rankings will be officially updated and India will be handed over the Test mace. Earlier, Misbah-ul-Haq was presented with the mace when Pakistan became the No. 1 Test team at Lahore. With lead of 2-0 against New Zealand, India paved their way to the top. LIVE CRICKET SCORECARD: India vs New Zealand, 3rd Test

ICC broke the news on Tuesday morning and with the third clash underway, India can very much hold the top spot for a while, considering the long cricketing season ahead. India are to play against England, Bangladesh and Australia right after the Kiwi tour. This will pretty hold their spot tight at the top if they continue their consistent game plan. However, Pakistan also have their series to begin against West Indies and also against Australia in the coming months. So the competition gets tougher for both nations.

Misbah had received the mace from ICC chairman Dave Richardson and the skipper was pretty happy to receive the same for the very first time. In contrast, Kohli had mentioned in his press conference that ranking does not matter to the team as long as his side continues their game plan in every series and remain consistent. ALSO READ: VVS Laxman: India s ascent to the pinnacle an all-round team effort

About the mace, it was produced by the then British Crown Jeweller, Asprey & Garrard, in 2001, which was commissioned to make a distinctive prize designed to stand out from other cricket trophies. The mace sits on a wooden base with a silver-plated plaque in front with room for engravings of the sides to hold it. 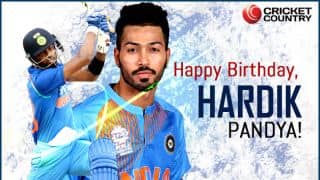 Hardik Pandya: Story of Indian all-rounder of the Caribbean mould compiled in 23 points 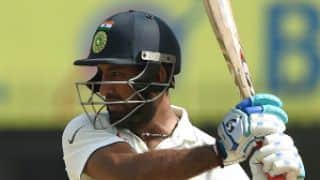