Virat Kohli to teach Saina Nehwal aggression on the field?

Virat Kohli to teach Saina Nehwal aggression on the field?
By Press Trust of India

New Delhi: Rio-bound Indian shuttler Saina Nehwal, who just clinched the Australian Open Super Series title in Sydney, said she wants to be aggressive like India’s Test skipper Virat Kohli. The 26-year-old from Hyderabad defeated Sun Yu of China in the finals yesterday to notch up her first title of the season ahead of the Rio Olympics. Accolades started pouring in for the Indian star with Bollywood stalwarts such as Amitabh Bachchan and sports personalities like Kohli congratulating her for her feat. Kohli wrote on his twitter page: “Congratulations @NSaina So happy for you. Onwards and Upwards always #ProudIndian.” ALSO READ: Virat Kohli congratulates Saina Nehwal following Australian Open 2016 win

Replying to Kohli, Saina wrote: “I would love to get more aggression like u [sic] for winning more matches I m trying hard for that Thank u so much.” Saina had won a bronze medal at the 2012 London Olympics and will carry India’s hopes at the Rio Games, to be held in August. Kohli has been rested for India’s tour of Zimbabwe for three ODI and 3 T20 matches. He also showed his support for Germany in ongoing Euro 2016. Virat Kohli thanked by Toni Kroos for supporting Germany in EURO 2016

Earlier India’s Test skipper and swash-buckling batsman Kohli on Sunday congratulated India’s ace shuttler Saina Nehwal, who won her second consecutive Australian Open title in three years. World No.8 Saina lost the first game 11-21 against the World No.12 Chinese before winning the next two games 21-14, 21-19 to clinch the championship for the second time in three years. The match lasted for an hour and 12 minutes. Now, the 2015 World Championship runner-up has a 6-1 lead in the head-to-head record against 22-year-old Sun. 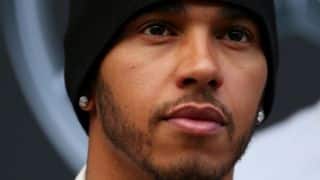 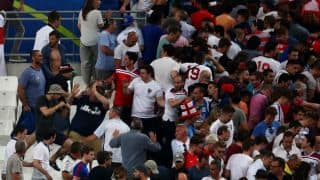