Responding to calls for India batsman Virat Kohli to replace Mahendra Singh Dhoni as captain, legendary all-rounder and former skipper Kapil Dev said that Kohli is too young for the job. 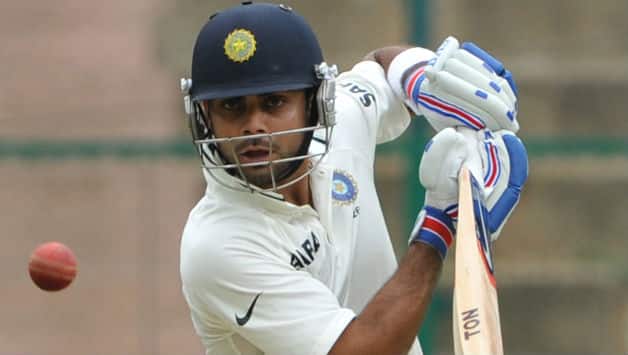 Responding to calls for India batsman Virat Kohli to replace Mahendra Singh Dhoni as captain, legendary all-rounder and former skipper Kapil Dev said that Kohli is too young for the job.

“Virat is undoubtedly a very good cricketer and doing exceedingly well for the country,” Kapil told the Indranil Basu of the Times of India, before saying, “But he is too young to become the Test captain simply because it won t be easy for him to manage the seniors,” he said.

Kapil echoed popular opinion that there is currently no replacement to Dhoni as captain.

“(The) Indian team doesn t have the option to replace Dhoni. The entire batting unit has failed to deliver in the last one year or so and there is no point singling out the captain. If Virat is made the captain, it won t be good for the team and for the cricketers. What will he be telling the senior cricketers? Who will support him?” said Kapil.

When he was told that Graeme Smith was made South Africa skipper at the age of 22, Kapil said, “That South African team didn’t have superstars like the current Indian team has and there is no point comparing.”

Taking his own example when he was made captain of the Indian team at a young age, Kapil said, “I didn’t know how to manage the seniors when I became leader at the age of 23. There were players like Sunny Gavaskar, S Venkatraghavan, Mohinder Amarnath and Syed Kirmani and all were seniors. I made my debut under Venkataraghavan and after sometime I was his captain. I didn t know what to tell the seniors then. By the time I started learning the tricks of the trade, I was removed from captaincy.

“Thereafter, I played under several captains. From Sunil Gavaskar to Dilip Vengsarkar, Ravi Shastri, Krish Srikkanth and Mohd Azharuddin. And from those experiences, I can assure you that it is not easy to captain a side with seniors.”

However, Kapil believes that Kohli is captaincy material and should wait for the right time. “There is always the right time for everything. If you ask me, Virat is certainly the man for the future but not right now,” he said.