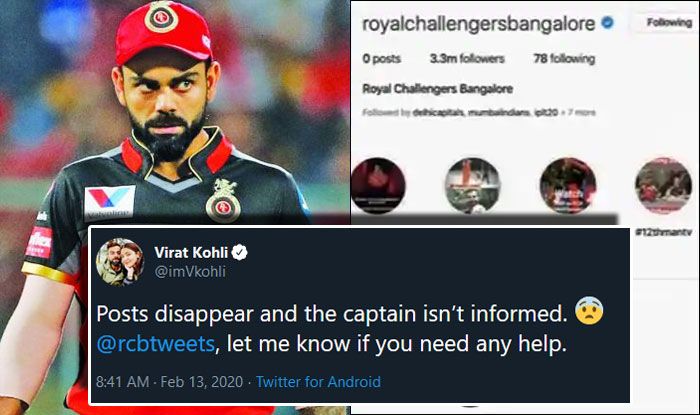 Royal Challengers Bangalore (RCB) captain Virat Kohli is a worried captain after the franchise’s social media handles went blank on Wednesday evening. While RCB’s display picture on Twitter and Facebook were removed, all their posts on Instagram were deleted. Moreover, the Facebook account was without a logo but had Bangalore in its name.

Kohli tweeted asking the franchise if they need any help with an emoji depicting his concern. Kohli tweeted, “Posts disappear and the captain isn’t informed. ?

@rcbtweets, let me know if you need any help”.

Posts disappear and the captain isn’t informed. ? @rcbtweets, let me know if you need any help.

RCB and Delhi Capitals are the only two sides that have not won the IPL crown in the past 12 seasons. While Delhi Daredevils got its name changed to Delhi Capitals, RCB may be planning on the same lines.

India cricketer Yuzvendra Chahal also took to Twitter to express his concern. His post read, “Arey @rcbtweets, what googly is this? Where did your profile pic and Instagram posts go?

Arey @rcbtweets, what googly is this? ? Where did your profile pic and Instagram posts go? ?

Here is what SunRisers Hyderabad tweeted:

Not long ago, at the 2019 auctions, RCB roped in Sri Lanka’s Isuru Udana, South African pacer Dale Steyn, Australian seamer Kane Richardson and Australian batsman Josh Philippe, but the biggest buy this season for the Virat Kohli-led franchise was getting South African veteran Chris Morris on board for a whopping Rs 10 Cr.

Will the new name and branding change the fortunes of the southern franchise? 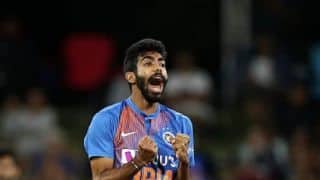