Indian Test captain Virat Kohli was seen at match between Puneri Paltan and Telugu Titans in the fourth season of Pro-Kabbadi League, which kicked off on 26th June at Mumbai.  Paltan vs Titans match will be followed by the second match between U Mumba against Jaipur Pink Panthers on day one. The first leg programme at the NSCI’s dome would conclude with Pune taking on Delhi on June 28. Former Indian paceman Zaheer Khan was also spotted in the Puneri Paltan jersey sitting with their camp. Kolhi was also seen singing the Indian national anthem, which was sung by comedian Kapil Sharma. ALSO READ: Hardik Pandya, Krunal Pandya to play in TNCA’s league for Swaraj Cricket Club

Kohli was called on for a mini interview as well during the first-half break spoke on a lot of issues relating to cricket. Kohli spoke on how passive aggression is important in a sport like kabbadi and should be more controlled in cricket. Kohli opened up about how he used to play kabbadi during his childhood and how now is a complete athletic sport. Kohli also thanks all the fans present in the stadium and expressed his gratitude towards one and all present at the stadium.

Ahead of the upcoming West Indies tour, India‘s Test captain Virat Kohli went candid with his fans and shared his childhood experiences at an event. Sharing his childhood memories on how he used to spend his holidays, Kohli said, “I generally used to spend my holidays by playing cricket all the time or play badminton in society.” 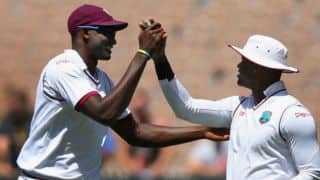